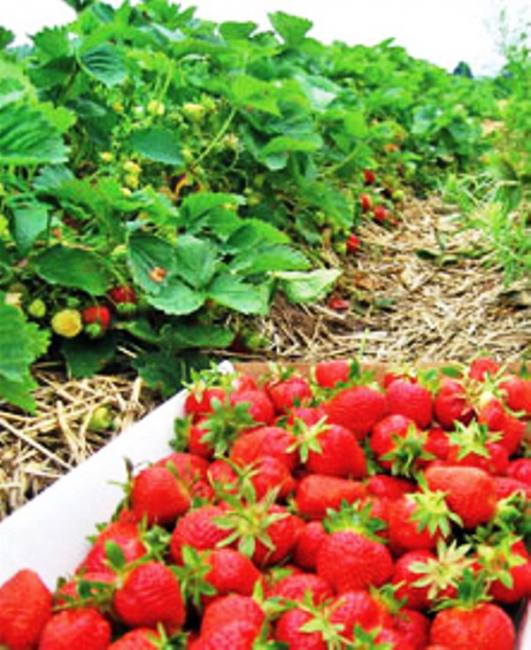 It was over a decade ago that Professor Manzur Hossain from Rajshahi University innovated the technique necessary to cultivate strawberries in Bangladesh. Many in the country saw the strawberry as a cash crop. However, it was not until 2011 when a couple from Khagrachhari took the next step successfully and commercialised strawberry cultivation. Strawberry cultivation has since gained popularity amongst Bangladeshi farmers as well as the consumers, proving to be a hit in the urban markets. However, with limited land resources and nascent local demand, strawberry production faces myriad challenges. While export market for strawberries is vast and highly profitable, there is a long way to go before exports become feasible.

The climate in the northern region of Bangladesh provides the optimum conditions for strawberry cultivation. The ideal cultivation period is November to
Strawberry cultivation in BD: Prospects and challenges
December. This is because Bangladesh has milder winter compared to the United States, where strawberries are only grown during late spring. As a result, it hits the market early in the year, coinciding with a spike in the demand for winter fruits. The high popularity of the berry locally increases the prospects of rigorous market expansion. This prospect has attracted many potential investors, large and small.
Strawberry cultivation in BD: Prospects and challenges

Strawberries have numerous health benefits as they are rich in nutrients. According to World Health Organisation (WHO), Bangladesh is a nutrient-deficient countries and promoting the fruit will help overcome this deficiency, such as by reducing the risk of heart attacks, as studies suggest. In fact, the American strawberry industry has experienced an upward trend in per capita consumption due to awareness about its health benefits, according to findings of the Agricultural Marketing and Resource Centre (AgMRC). Given the potential health benefits and with due diligence by governing bodies, Bangladesh’s strawberry cultivation has the potential for remarkable growth.

With the retail price of around Tk. 300 per kg, strawberry cultivation is a profitable venture for the farmers and has the potential to ease pressure on rural poor to migrate to large cities. It has successfully created income opportunities in the Rajshahi region for many who went back home from Dhaka. The 2010 Labour Force Survey showed that unemployment in Rajshahi district stood at about 379 thousand (3.79 lakh) people, significantly lower than that of Dhaka or the national average (Figure 1). With the boom in strawberry cultivation, well-paying employment opportunities have opened up for many farmers who were previously unemployed or had low incomes.

During early years of strawberry cultivation in Bangladesh, many predicted that the practice would change the agriculture sector, and create a new export industry. However, the data indicates that current production is still to catch up with the rising local demand. Instead, the country is importing strawberries. According to National Board of Revenue (NBR), Tk 700 thousand (7 lakh) worth of strawberries were imported into Bangladesh in 2014. Demand rose between July and December in 2015 and this led to the import of Tk. 1.35 million (13.5lakh) worth of strawberries (Figure 2). With a sizable amount of demand being met with imports, it is clear that there is a large unmet demand especially in the urban markets. Assuming a stable demand growth, domestic strawberry production could be increased in competition with imports.

From the supply-side, Bangladesh is still a minor strawberry-producing nation with relatively few years of experience in growing this crop compared to other nations. There is a lack of advanced machinery and tools for adaptation and cultivation that compromise productivity and quality. With high quality strawberries being produced in mid-sized economies such as Turkey, Spain and Mexico, there is barely any international demand for Bangladeshi strawberries. At this stage the country is unable to compete in the international market, which is dominated by strawberries from the United States. Furthermore, Bangladesh lacks the proper infrastructure for storage and freezing (e.g. warehousing and cold storage) required by this delicate fruit, which precludes the viability of mass production.

Strawberry cultivation is an untapped market in Bangladesh, given its health benefits, employment opportunities and growing demand backed by rising middle class income in the country. If the shortcomings in terms of advanced technology, resources, and an effective storage system to maintain the quality of strawberries are overcome, Bangladesh can move towards mass production and cultivation of the fruit, thereby achieving economies of scale and making it a more profitable venture. The government should help set up an efficient distribution channel with the application of mobile technology which will bring pricing transparency and keep the farmers well informed about the market. This will help check the unfettered price setting often done by the middlemen in Bangladesh. Strawberries have a short shelf life. By cutting down on the logistical costs, the pricing and quality of the fruit will be more palatable to the consumers. Furthermore, proper storage and freezing facilities can elongate the shelf life whereby the consumers can potentially buy strawberries throughout the year.

With an efficient production and supply-chain management, it may be possible to fully meet the local demand, which so far has not been met by a huge margin. Moreover, academic and research institutions such as Rajshahi University and Bangladesh Agricultural Research Institute (BARI) should work to innovate and help attain genetic diversity in strawberries, which is one of the primary needs in the strawberry cultivation sector. If done so, new and enhanced standards could make Bangladeshi strawberries cost competitive in the international market and thus pave the way for export opportunities while meeting local demand. Capturing export markets in addition to meeting rising local demand will be the way out for this sector to generate more revenue and create employment to help boost the economy.

(Meher Yaseen was a summer intern at Policy Research Institute of Bangladesh. She can be reached at meher.yaseen@student.shu.edu)

25,700 poor farmers get incentive for farming Aus varieties in Sylhet 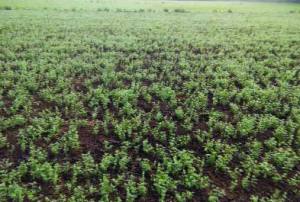