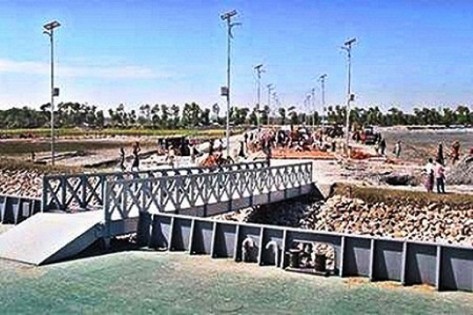 The national budget proposals have been made with the objective of (1) accelerating economic growth, reducing poverty, and creating higher employment opportunities which are required to implement the 7th Five Year Plan, (2) formulation of action plan to implement the SDGs, (3) formulation of LDC graduation strategy. Keeping these in mind, GDP growth target has been set at 7.2 per cent (7.05 in FY16, provisional), private investment as a share of GDP (23.3 per cent) to rise by 1.5 percentage points, ICOR to rise (decline in capital productivity) and inflation to decline to 5.8 per cent.

However, these prospects have been dreamed when (1) pace of additional jobs creation slowed down considerably from about 1.3 million per annum (2010-2013) to about 3 hundred thousand (2013-Jul-Sep 2015), (2) public debt is at a reasonable state (31.9 per cent of GDP in FY15) due to rise in domestic debt as currently about 57 per cent of the public debt is attributable to domestic source, (3) the quality of fiscal planning remained weak over the last four years, (4) revenue target was not achieved for the last four years and rate of shortfall is increasing, (5) the weakest programming among all the indicators is net foreign borrowing: about 3/4ths of the target remained unattended.

Financial pundits have already expressed concern that high level of budgetary targets (36.8 per cent revenue growth, 28.7 per cent public expenditure growth) may undermine the implementation of the overall budgetary process. According to Center for Policy Dialogue (CPD), country’s celebrated civil society think tank, projections, “all major parameters of fiscal framework will need to register higher growth rates to attain the targets compared to those planned in the Budget FY17. Because the budget targets take revised budget figures for FY16 as its base which in reality turns out to be lower”.

Eventually, NBR is to take the lead role (accounting for 81.3 per cent of incremental revenue) with 35.4 per cent growth. LTU is expected to account for 37.1 per cent of incremental NBR revenue. 30.8 per cent of incremental revenue from income tax; while 28.8 per cent from VAT. Two-thirds of total income tax will be collected from companies. Deferred implementation of new VAT act may pose serious challenge. Import duty collection growth target is set at 31.1 per cent. About 50 changes are made in the Income Tax Ordinance through Finance Bill 2016. Corporate income tax remained the same (last year corporate tax rate for listed companies/banks were reduced by 2.5 percentage points. No new bank was listed in the stock market, only 10 IPOs were floated in FY16. Minimum corporate tax at source revised to 0.60 per cent from uniform rate of 0.3 per cent (for tobacco manufacturers: 1 per cent; for mobile phone operators: 0.75 per cent), payments from royalties and certain services (such as professional services, consultancy, event-management, supply of manpower, etc) will be taxed at 10 per cent if base amount is below Tk 2.5 million, and at 12 per cent for exceeding the amount. ADR advance to be deposited will be 50 per cent of total dispute (10 per cent was the earlier provision), may discourage recourse to this casement. However, broadening tax base, curbing tax evasion and tax avoidance, institutional strengthening will be sin qua non for realising the expected revenue.

Changes in the proposed duty structure (CD, SD and VAT at import stage, operative tariff schedule at 8-digit level) is needed to be aligned with fiscal framework’s tax growth. The estimated growth based on the changes in the duty structure departs significantly from the budgetary plans. Proposed duty structure may likely to have positive impact on domestic industries — duty is reduced on inputs used in few much used popular items like plastic, poultry and dairy food, construction, chemical, electrical, CKD motorcycle for transport sector, laboratory refrigerators, LP gas cylinder. While increase in duties on a number of products may hurt consumers’ interest, VAT registered importers may get differential treatment – may encourage VAT registration. SD on mobile talk time and internet use has been raised from 3 per cent to 5 per cent.

As exportable items like RMG and accessories, terry towel, jute goods, frozen food, vegetables, leather goods and packaged food exporters have to pay AIT at the rate of 1.5 per cent (increased from 0.6 per cent), it may be counterproductive and challenging for the competitiveness in the global market. This needs to be reconsidered. If exemption from VAT is withdrawn from a number of locally produced products and services such as handmade breads,