The government has prepared a detailed 32-point plan to control highway traffic, avoid untoward situations and ensure comfortable commutes during the Eid-ul-Fitr rush.

For the first time, 1,000 volunteers will be deployed at 14 intersections between Dhaka and nearby five districts to handle additional pressure of vehicles during the Eid season.

Goods-laden trucks and covered vans will not be allowed on the highways for three days before and after Eid, unless they were carrying emergency products like medicine.

As an added measure to reduce passenger pressure, Eid holidays will start and end on different dates at RMG factories.

CNG filling stations will remain open around the clock from July 1 to July 10 to ensure smooth fuel supply for passenger-carrying vehicles.

The decisions were made at a recent inter-ministerial meeting at the secretariat.

“The Road Transport and Highways Division has sent letters to the ministries concerned to strictly follow the decision,” said MAN Siddique, the division’s secretary.

He told the Dhaka Tribune: “We are preparing to ensure a hassle-free journey during Eid.”

Road Transport and Bridges Minister Obaidul Quader said: “The volunteers from BNCC and other organisations will work in the intersections for five days before Eid.”

Talking to reporters at Dhaka’s Manik Mia Avenue yesterday, he said: “Busy highways will turn into a one-way traffic system. If any driver breaks the rules, he will be punished. Law enforcers will not allow any illegal parking on the roadside.”

According to the new plans, construction of Dhaka’s development projects including the work on Moghbazar-Mouchak Flyover would be stopped for a 10-day period before and after Eid.

Authorities would have wrecker vehicles and cranes ready to remove any vehicle that breaks down on the road or crashes in an accident. Vigilance teams have also been formed to monitor the situation on the city’s road as well as highways.

All booths at Bangabandhu Bridge over the Jamuna river would be opened, while teams would monitor to ensure that the correct amount of fare was being collected. Traffic police would also work to keep the entrance and exit points of Dhaka city jam-free.

Authorities also requested small vehicles to use alternative roads instead of crowding the capital’s exit points. 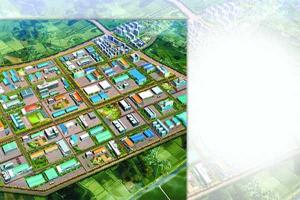