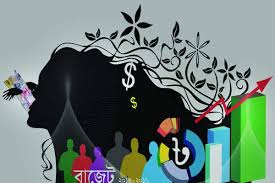 Muhammad Zamir
The last forty-five years have seen Bangladesh, slowly but surely, climbing the stairs of socio-economic development. We have over the last four decades also proved that we are not the “international basket case” that was prophesied by the then US Secretary of State Henry Kissinger in 1972. Through hard work, commitment and innovative entrepreneurship we have now reached the lower rungs of a middle-income country. There is also no reason why, with dedicated commitment we cannot reach the status of a middle-income country by 2021. We have also demonstrated that with proper political will, we can overcome socio-economic challenges and meet international expectations as set forth in the Millennium Development Goals (MDGs) or in the arena of Sustainable Development Goals (SDGs).

This year on June 01, 2016, Finance Minister Muhith, with the approval of the Cabinet, presented his tenth budget to the Jatiyo Sangsad. The proposed budget for 2016-17 has been described by Muhith himself as “ambitious but not unrealistic” because our implementation capacity has risen over the past seven years. It amounts to Tk 3,406.05 billion (3, 40,605 crore) and includes a development budget of Tk 1,107 billion (1, 10,700 crore) and a non-development budget of Tk 2299.05 billion (2, 29,905 crore). It reflected the government’s “big dream” of reaching out in terms of its international status. However, this budget proposal, as expected, has a deficit amounting to nearly 5 per cent of the gross domestic product (GDP) amounting to an estimated Tk 978.53 billion (97, 853 crore). It has subsequently been explained that this deficit is expected to be met through bank borrowing of Tk 389.38 billion (38, 938 crore), borrowing from foreign sources of Tk 363.05 billion (36, 305 crore) and through non-bank borrowing of Tk 226.10 billion (22, 610 crore). It has been mentioned for the wider audience that if the activities associated with the budget can be accomplished and the efficiency and performance of the National Board of Revenue (NBR)) can improve then there would be 7.2 per cent GDP growth. It has also been underlined that requisite efforts would be undertaken to bring down inflation to 5.8 per cent.

SIGNIFICANT ASPECTS OF BUDGET PROPOSALS: Education sector: The present government has broken with all precedents by boosting the allocation by 32 per cent year-on-year for the education sector to Tk 490.09 billion (49, 009 crore) for the next fiscal year – an increase of Tk 119.03 billion (11, 903 crore) over last year. This proposed expenditure will amount to about 2.4 per cent of our current GDP and 14.38 per cent of the total outlay. In this proposed budget there will be Tk 268.47 billion (26, 847 crore) for the Ministry of Education and Tk 221.62 billion (22, 162 crore) for the Ministry of Primary and Mass Education. This measure appears to have been adopted because of views expressed by educationists over the last few months over the need to increase expenditure on education. Education activists have been stressing for some time that the government should focus on further rise in allocation towards quality education. It is now generally agreed that there is urgent need for the next three years to give greater attention to quality primary education, wider and in-depth vocational and technical education, recruitment of at least another 3,000 teachers and reconstruction of primary schools and training institutes.

Fast-track mega projects: The government has attached priority to eight fast-track mega projects in the proposed budget and set aside Tk 187.27 biullion (18, 727 crore) for this purpose. This has been done with the purpose of developing infrastructure and adding a new dimension in accelerating growth and attracting foreign direct investment (FDI). The total effort aimed at “economy transforming projects” is expected to eventually cost a total of Tk 1,612.68 billion (161, 268 crore). The mega projects will include the under-construction Padma Bridge, the metro-rail, the Rooppur nuclear power plant, the Rampal power plant, the Payra Sea Port, the Matarbari power plant, the Padma Bridge rail-link and the Dohazari- Cox’s Bazar-Gundum rail line. It is be interesting to note however that no allocation has been made for two other fast-track projects – Sonadia Deep Sea Port and the LNG Terminal. They are expected to be implemented on government-to-government (G2G) basis. Experts have welcomed this government initiative, but have at the same time, pointed out the need for the government to create accountability, to carefully monitor the implementation strategy and adopt relevant measures so that there is no compromise on quality or corruption through mis-governance.

INTERESTING FACETS: There are several other interesting facets in the budget proposal that also need to be referred to.

The first is the government decision not to impose the planned 15 per cent uniform VAT rate for all traders at this point of time. Instead, we now have a proposal to continue with the package VAT system for small traders. Under this format small stores enjoy the facility of paying VAT annually based on the location/size of their shops as enumerated by the NBR. However, it has been proposed that this package VAT rate will increase from Tk 14,000 to Tk 28,000 for shops in Dhaka and from Tk 12, 000 to Tk 20, 000 for shops in Chittagong. It has also been proposed that in municipal areas in different parts of the country the package VAT rate will be enhanced from Tk 7, 200 to Tk 14, 000 and in all other areas it will be increased from Tk 3, 600 to Tk 7, 000. Most interesting! One wonders whether this will increase significantly the collection of VAT overall within the country.

The second is the proposal to earmark Tk 1.0 billion (100 crore) for the Bangladesh Climate Change Trust Fund (BCCTF) to facilitate reduction of the effects of global warming. This will add to the Tk 29 billion (2,900 crore) already allocated to this fund by our government over the last seven years. This is a commendable decision and should help us continue our efforts towards making use of renewable energy – solar panels, bio-gas and bio-fuel – more widely, particularly in the rural areas

The third is the continued decline in the allocation for the agriculture sector – one of our success stories. This time the budget has proposed the allocation of Tk 136.75 billion (13, 675 crore) or 4.01 per cent of the total budget for this sector. This will be slightly higher than the final allocation in the revised budget for 2015-16 where agriculture has received Tk 111.39 billion (11, 139 crore) which is 4.21 per cent of the revised budget. This decline for 2016-17 has been supported by the Finance Minister on the basis that we have achieved food autarky and now available funds should be diverted to other needy sectors. One cannot agree with this given the need for research related to diversification of our crop structure.

The fourth is the government decision to introduce a comprehensive pension system for all, including self-employed as well as those formally or informally employed in semi-government organisations and the private sector. This is being envisaged because only about 5.0 per cent of our workforce is employed in the government sector, and they receive pension after retirement. It has also been noted that only about 8.0 per cent of the remaining 95 per cent employed in the private sector receive some gratuity at the time of their retirement. Others in the working paradigm are left in the lurch. This is a good government initiative that needs to be carried forward.

The fifth, the health and family planning sector has been proposed an allocation of Tk 174.87 billion (17, 487 crore), around 37.4 per cent higher than the revised allocation for this sector in 2015-16. This has been an important decision and should facilitate in meeting some of the existing challenges and making healthcare more accessible.

The sixth involves how business will benefit from the withdrawal of the requirement to get price approval from the VAT authority prior to sale of goods.

CONCERNS: Despite the wide-ranging effort and discussion undertaken in preparing the 2016-17 budget proposal, many economists, trade bodies and civil society have expressed their concern about certain aspects of this budget proposal. They relate to: (a) imposition of 1.5 per cent tax at source on exports, which is currently at 0.6 per cent. It has been mentioned by BGMEA (Bangladesh Garment Manufacturers and Exporters Assoiciation) in particular that this will reduce our competitiveness and affect the possibility of achieving Vision 2021 for the apparel sector; (b) lack of clear direction within the budget proposal for enhancing private investment and national savings and also in removing of the infrastructure deficit – all of which are vital for micro and small entrepreneurs; (c) impracticality in the setting of the revenue target given our present inability to increase the Annual Development Plan (ADP) skills; (d) the direction to be followed for increasing the number of taxpayers in the country from the existing 1.2 million; (e) the measures to be adopted for greater Public-Private Partnership (PPP); (f) the way forward for resolution of the existing crisis prevailing in the power, energy and gas sectors that is vital for attracting FDI (despite some nominal advances made in this regard over the past few years); (g) the increasing government dependence on high-cost domestic financing while utilisation of foreign loans and grants remains weak; (h) criticism of government plans to set aside Tk 20 billion (2, 000 crore) for re-capitalisation of the state-owned banks and for setting aside Tk 130 billion (13, 000 crore) as potential investment in the capital market, which has been dubbed as “waste of public money”; (i) the need to reduce the disparity pertaining to the tax-gap that exists currently between higher income and lower income tax payers; (j) the need to reduce SIM tax, which is a form of indirect taxation for consumers, for the growth of digitalisation within the country; and (k) the continuation of the provision of revised tax statements (expected to continue until 2018-19) that permits whitening of black money and promotes corruption.

The views contained in the above paragraph deserve serious consideration and one hopes the relevant authorities will try to address them with seriousness.