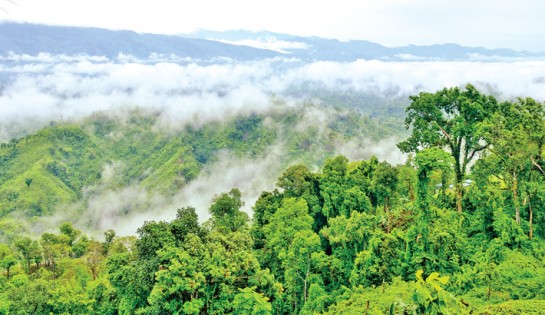 Bangladesh has a number of beautiful tourists’ spots including Mohastangarh, largest mangrove forest Sunderbans, longest sea-beach in Cox’s Bazar. The tourists, both local and foreign, can enjoy the real beauty of the nature at these splendid destinations.
The country’s heritage products like Buddhist tourists’ sites at Mohastangarh, mangrove forest Sunderbans, sea-beach in Cox’s Bazar and many others are much attractive to the tourists.
Aparup Chowdhury, Chairman of the Bangladesh Parjatan Corporation (BPC) said this while explaining the growing contribution of the tourism sector to the country’s GDP.
Aparup Chowdhury said that the number of tourists, both the domestic and the foreign, is increasing gradually because of better arrangements made to make their journey and stay at various destinations convenient, raising the country’s income from this sector.
“On the golden jubilee celebration of the country’s Independence in 2021, we hope that the country’s tourism industry will contribute more than 6 percent to the GDP”, he said.
In order to promote tourism industry and attract foreign tourists, Bangladesh Parjatan Corporation (BPC) invites journalists from across the world to make trips at different spots and highlight Bangladesh through their write-ups and also lenses.
“Foreign journalists make tours to the best conventional and unconventional destinations and publish or broadcast reports in their respective media around the world. This kind of effort is helping attract tourists from around the world”, he said.
Besides this, the government is offering visa free access to 61 countries and is also mulling to introduce electronic visa system to attract the tourists, he added.
BPC chairman also said that the government is continuing development of infrastructure towards the tourism directions.
Elaborating the development activities, Aparup said, “The government is setting up exclusive tourism economic zone at Teknaf of Cox’s Bazar only to attract foreign tourists in the country. I think it will be an attractive destination, especially for the foreign tourists”.
Targeting the Sundarban tourism, he said that the BPC is constructing two hotels – a three-star hotel at Mongla and a five-star – in Khulna.
Aparup Chowdhury expressed the hope that the tourism activities centering the Sundarbans will get a boost after the completion of the construction of the Padma Bridge, along with the BPC efforts.
While asked about exploring the unconventional tourism destinations, he said that the country is discovering new destinations like Ham-Ham, Ratargul.
“We have discussed with the LGED to develop communications system in those sites and requested the local administrations to take necessary steps for development of the infrastructure of those destinations. In our side, we are improving various services at these destinations by setting up wash rooms, snacks corners and rest rooms”, he said.
Explaining the changing mindset of the people in travelling, BPC chairman said that the income capacity of people is improving and at the same time people now-a-days love to visit while they get time.
“We cannot accommodate the travelers sometime, especially during the peak seasons, festivals and holidays, giving clear indication that the country’s tourism sector is getting boost which continues with the passage of time”, he explained.
Sharing his views over the budgetary allocation, the BPC chief said the allocation is not satisfactory yet. It is indeed true that the government has many constraints but the efforts are still on.
“To some extent, we are not dependent on the government and we are continuing our calendar task on the basis of the resources that we have and are provided by our sponsors”, he said.
About the Visit Bangladesh plan, a three-year plan for promoting tourism, BPC is trying to make it successful, he said.
He, however, urged more people to visit Bangladesh.

What travellers say about safety situation after visiting Bangladesh