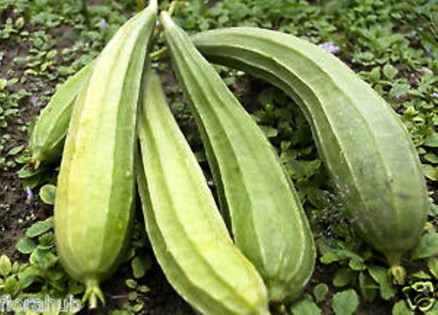 Farmers of different upazilas in the district are getting financially benefited by growing ridge gourd (Jhinga) on their lands. Owing to congenial weather, low labour cost and high demand, farming of the vegetable is on the rise in the district.

Sources informed the farmers of the region have geared up vegetables farming including Jhinga during the current season with much enthusiasm as they made huge profit last year from the cultivation of the same. The farmers of the district are expected to attain a good yield of their produces this season as they prefer cultivating vegetables to other crops, sources further said.

While visiting some areas of the region this FE correspondent found the farmers are busy taking care of their vegetable fields.

Motahar Hossain, a farmer at Helencha village under Mithapukur upazila told The Financial Express that he has been farming Jhinga for the last four years. He is fortunate enough farming this vegetable, as its farming gives him good profit, he added.

Sariful, another vegetable grower of Nabdiganj village of Pirgachha upazila said he has already earned Tk 20,000 by selling Jhinga, produced in his lands.

According to DAE officials Jhinga and some other varieties of vegetables farming have gradually gained popularity in the region during last five or six years.