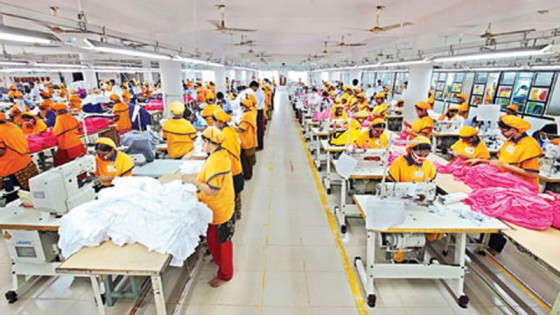 Approximately 60 per cent of the safety hazards in factories covered by the Accord on Fire and Building Safety in Bangladesh (‘the Accord’), identified through initial inspections, have now been reported, or verified, as repaired.
“This is a significant accomplishment and factories are becoming much safer. However, remediation now needs to be completed without further delay,” said Rob Wayss, Accord Executive Director, at a press briefing in a city hotel yesterday.
The Accord progress rate stands at 56 per cent in the RMG factories. The report said several factories are approaching full completion of the remediation of the findings of the initial inspections. However, most factories covered by the Accord are still behind schedule in terms of remediation.
Three years ago, on 15 May 2013, global garment brands and retailers, two global unions, and their national RMG affiliates had signed an unprecedented agreement to make garments factories safe in Bangladesh.
With more than 210 companies and 1,600 factories covered by the agreement, the Accord has embarked on a large-scale effort to ensure complete remediation of major safety risks in all inspected factories and to roll out safety training at a large number of covered factories.
Since November 2013, a total of 1,550 factories covered under the Accord has been inspected for fire, electrical, and structural safety. An additional 75 newly listed factories is included in the ongoing round of initial inspections.
Accord’s chief safety inspector Brad Loewen, who is leading this effort, stated: “The Accord’s intensive and sustained programme for supporting remediation, and escalating cases where the progress is too slow, is working. The Accord is devoting an enormous amount of time, staff, and resources to ensure timely completion of remediation.”
A functional and capable labour-management safety committee at the factory level is an important tool for monitoring and maintaining safety compliance. After a successful pilot programme for safety committee training at approximately 65 Accord-listed supplier factories with a registered trade union, the Accord will now implement the safety committee clause of the agreement on a larger scale at the factories covered under it. “The pilot work done so far makes us optimistic that safety committees will be developed that will be capable of and permitted to perform safety maintenance, monitoring, and educational functions,” said Rob Wayss.
“The training materials, methods, and delivery systems have been well-received, are practical and relevant, and can be implemented on a large scale,” he added. The Accord continues its intensive work with national social partners and supports the National Plan of Action. It intends to continue to share its experience and expertise, so that that the national partners can better meet their respective obligations in respecting and enforcing safety compliance in the RMG sector.

RMG owners to contribute 0.03% of export value to workers’ welfare...