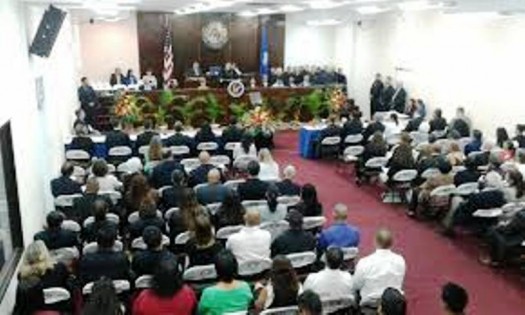 The Supreme Court, the highest court in the land, and the judicial process within its paradigm have been generating controversies within the judicial parameter in the recent past. Latest actions of Chief Justice Mr. Surendra Kumar Sinha have addressed some of these contentious issues. These actions have helped to calm waters among jurists as well as critics. They have also helped to underline the dignity associated with those holding the appointment of being a Judge of the High Court Division or a Judge of the Appellate Division. There has also been a pro-active approach by the Chief Justice with regard to a speedier resolution of the massive backlog of cases in the highest tier of the judiciary.

Chapter 1 of Part VI of our Constitution dealing with the Judiciary has clearly outlined several aspects related to the appointment of judges at the highest level. It also enumerates the activities expected of the Supreme Judicial Council in Article 96 which also includes its responsibility in prescribing and monitoring the Code of Conduct to be observed by the judges and the judge’s ability to properly perform the functions of his/her office. In this context, the Council also has the right to assist in any inquiry initiated to determine if any judge is guilty of gross misconduct. Article 99 stipulates the different aspects related to ‘Disabilities of Judges after retirement’ from their post.

Certain welcome developments have recently taken place in the highest seat of the judiciary. I will refer in the beginning to a judgment delivered quite recently by the apex court. It relates to the issue of Code of Conduct arising out of adjudication. It refers to a decision, which on September 16, 2015 upheld the 2004 dismissal of Syed Shahidur Rahman from the post of Additional Judge of the High Court. The full text of the verdict was signed by Chief Justice S.K.Sinha, Justice Nazmun Ara sultana, Justice Syed Mahmud Hossain and Justice Hasan Foez Siddique.

After indicating several violations of the Code of Conduct expected from a sitting judge, including the indirect maintaining of his law chamber through his previous junior and thereby facilitating the arranging of bail, the judgment set out in detail the Code of Conduct that a judge should uphold to establish and maintain the high standards to be followed by judges. This, it is underlined, would preserve the integrity and independence of the judiciary and also restore confidence in this pillar of governance.

In this context, the following points have been highlighted. It has been reiterated that a Judge should – (a) not allow family or social relationships to influence judicial conduct; (b) be faithful to and maintain professional competence with regard to law without being swayed by partisan interests; (c) be respectful and courteous to the litigants as well as to their lawyers consistent with decorum; (d) dispose of the business in front of the Court and avoid inordinate delay in delivering Judgments and Orders ; (e) sign a judgment pertaining to a case not later than six months from the date of delivery of the judgment; (f) avoid public comment on the merit of a pending or impending court case; (g) disqualify himself or herself from a proceeding in which the Judge’s impartiality might come under question; (h) not hear any matter if there is any financial interest connectivity in matters pertaining to the case related to the Judge or members of his family; (i) remember that as a Judge, according to his/her oath, he/she needs to be detached, aloof and objective in the carrying out of his/her duty; (j) refrain from entering into any public debate or expressing his/her views in public on political matters or be involved in political activity or comment on issues that are pending or are likely to arise for judicial determination before his Bench; (k) not engage directly or indirectly in trade or business, either by himself/herself or in association with any other person; (l) be ready to disclose his/her assets and liabilities if asked for, by the Chief Justice; (m) remember that justice must not merely be done but also be seen to be done; (n) eschew close association with individual members of the Bar, particularly those who practice in that Judge’s Court; (o) not allow any member of his/her family to appear before him/her or be associated in any manner with a case to be dealt with by the Judge or carry on legal practice from or using the residence where the Judge is actually residing; (p) refrain from giving interviews in the media particularly about a case being adjudicated upon by the Judge or pending for judicial determination; (q) refrain and disqualify himself/herself from participating in any proceedings if it appears to a reasonable observer that the Judge is unable to decide the matter being adjudicated upon impartially; (r) refrain from the adjudication process if the Judge previously served as a lawyer was a material witness in the matter in controversy; (s) avoid improper activities that might be considered as inconsistent with the dignity of the judicial office ; (t) not practice law whilst being the holder of judicial office; (u) not accept any gift or favour while in office either directly or through the persuasion of any court staff or others subject to the Judge’s influence.

It was held that Mr. Syed Shahidur Rahman had violated some elements of the above Code of Conduct and had thereby committed gross misconduct and that required his removal from the office of a judge of the Hugh Court Division. This judgment can consequently be interpreted as laying down that a judge should “not engage in conduct incompatible with the diligent discharge of judicial duties”.

Eminent jurists have hailed the judgment as a suitable update of the Code of Conduct that has been in place for decades. While appreciating the outline of the Code of Conduct in the judgment, Khandker Mahbub Hossain, a former president of the Supreme Court Bar Association, has drawn attention to the point that the much debated and contentious issue of authority of judges to write judgments after retirement was not resolved.

The other initiative undertaken by the Chief Justice to end case backlog has also been received as a timely and good gesture. It has been suggested that courts need to be convened also in the evening for quick disposal of the cases that have remained pending in courts for long periods. The Chief Justice has asked the government to address two integral issues in this regard: the inadequate number of Judges available to address the workload and also the lack of number of court rooms. It has been pointed out that at present there are only about 1,500 judges and that 173 judges from amongst them have to perform their duties by rotation due to lack of appropriate courtrooms. It is understood that nearly three million civil and criminal cases are awaiting completion of the judicial process. This factor, it is generally felt, is encouraging corruption among the lower tiers of the judiciary (who determine when a case will be heard in court). That, in turn, is generating disaffection. The responsible authorities need to act on this issue with urgency.

The Chief Justice has also drawn the attention of the State on the need to re-visit some of the denotations and connotations of existing laws both in the determining of civil and criminal cases. According to him, some of the existing laws and regulations need to be suitably amended. This is something which the government should address with seriousness. It might be useful to constitute a commission that will include eminent jurists, former prominent and revered judges and representatives nominated by the Chief Justice, the Ministry of Law, the Judicial Affairs Training Institute and the Law Commission. The Parliamentary Committee on Law may also be included in this exercise. They can identify the challenges that need to be addressed in this era of digitalisation and suitably overcome. Their efforts will need to be undertaken in a transparent manner so that there is accountability at the end of the day. Similarly, the work should be undertaken within a specific time-frame. This course of action will help to reduce public suffering.

The comments of the Chief Justice have triggered debate and discussion among the legal community. These have underlined the need for humanising the criminal justice system in particular. The current loopholes are contributing not only to corrupt practices but also, at times, to abuse of human and personal rights. These include taking alleged offenders on ‘remand’. We have to remember that we have sacrificed a lot to gain our independence and our rights as free citizens to equitable access to justice. There is, as such, no room for compromise or partisanship with regard to values and practices that will establish good governance in the country.