State Minister for Posts and Telecommunications Tarana Halim yesterday said Bangabandhu Satellite would be launched into the space on the country’s victory day on December 16 in 2017.

“High speed internet connection and optical fibre internet will be provided to across the country. Internet connectivity will mushroom in the country,” she said while inaugurating a four-day annual sports competition of Tetulia Kazi Shahabuddin Girls High School and College in the afternoon in Panchagarh district.

Later, a colorful cultural function was held on the college premises. 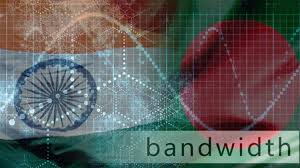