Bangladeshi adventurer Wasfia Nazreen has made her homeland proud again. This time, she is being awarded National Geographic Society’s prestigious Emerging Explorer award which recognises her efforts in making a difference and changing the world.

With it, Wasfia has carved a niche in history as the first woman to hold both the National Geographic Adventurer and Emerging Explorer designation, her spokesperson said in a media statement.

National Geographic made the announcement on its website yesterday. The $10,000 prize money can be used for research or exploration of the adventurer’s choice.

Morshed Mishu, Wasfia’s spokesperson, said the award will be handed out at the 10th Annual Explorers Symposium in Washington in June.

Wasfia became the first Bangladeshi to scale the seven summits last year. In 2014, she was selected as a National Geographic Adventurer.

She is building a foundation called Ösel, which roughly translates as “luminosity”, and plans to offer outdoor education and mindfulness training programmes for adolescent girls in Bangladesh, Nepal, and, in the long term, the greater Himalayan region, according to her National Geographic profile.

Mishu said Wasfia has decided to invest the prize money for sponsoring the first batch of students in her upcoming foundation set to launch later this year. 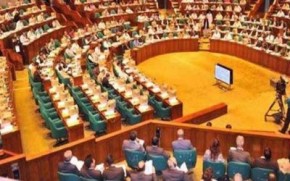