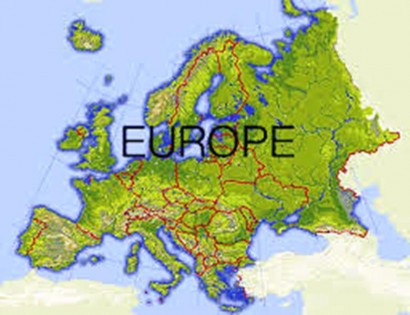 The investment dialogue under the banner of European Union Business Council Bangladesh (EUBCB), being held in Dhaka today (Thursday), should be considered an opportunity to attract European investors to the country. The EU, as one senior government official indicated the other day, would like to see Bangladesh as a promising trade and investment location for the investors from its member-countries. But translation of such intentions into a reality is no easy task. There is no automatic push-button arrangement for this. What is of prime importance here is to ensure an investment-friendly environment at work. Removal of business hurdles, as the official himself has admitted, will be necessary for the purpose. The special economic zones that the government has planned to set up in the country, is a pro-active move here. Investors from Europe have already made their presence felt in Bangladesh by making investments so far to the extent of 2.0 billion euros and about one-fifth of such investments has come directly from the private businesses.

On the positive side about Bangladesh, the international community has otherwise been taking an optimistic view about its economic potential. With a vibrant private sector, Bangladesh is the world’s eighth largest country by population; it offers a set of attractive incentives to investors, especially in sectors like energy, power, pharmaceuticals and information technology. Telecommunications and infrastructure as well as labour-intensive industries are the other lucrative areas for investments in this country. The government has particularly been seeking foreign investments in energy, power, and infrastructure projects. It has thus offered a range of investment incentives under its industrial policy and export-oriented growth strategy, providing little scope for discrimination between foreign and domestic private investors.

Yet then, it remains incontestable that Bangladesh has so far witnessed not much of foreign direct of investment (FDI) inflows, compared to the situation in the entire South Asian region. The reasons why Bangladesh, despite the advantages of its geographical location, cultural homogeneity and demographic dividend factors, has not been able to attract sizeable FDI, need to be examined, assessed and analysed in its proper perspective. And also hard actions do need to be taken at the earliest to address quite effectively the problems, particularly in operational terms, that have stood on the way of its attracting FDIs to the desired level.

It is time for the government to remedy the deficit in areas of governance, institutional development, infrastructure, human resource skill base etc., in particular. Corruption and inefficiencies or rent-seeking traits of personnel involved with tax and customs collection, and also regulatory authorities are also known to be vexing problems that raise costs and risks of doing business. Furthermore, the procrastinating nature of judicial processes in Bangladesh, particularly in areas of businesses, and absence of effective alternative dispute resolution (ADR) mechanisms have been impeding the process for proper enforcement of contracts and speedy resolution of business disputes. These are the areas where remedial moves should brook no delay.

In this context, all concerned would expect that the European Union Business Council Bangladesh – a body that was formed in February last year as a joint initiative – would help chart out ways for removal of the whole gamut of issues that constrain the inflows of FDI from the EU to Bangladesh. If this can be done properly, with the support of effective follow-up actions, the scope will then be created to take full advantage of the special economic zones with guaranteed and uninterrupted power and gas supplies and other necessary infrastructural facilities. The European investors can then reap full benefits of trade-and investment-related cooperation with Bangladesh in a win-win situation for both sides.