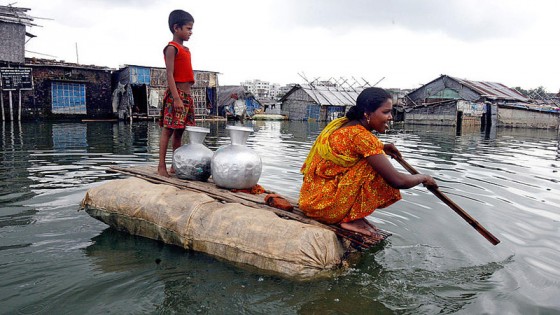 As part of preparations to create emergency shelters for the people in the wake of natural calamities like earthquakes and floods in the country, the government has decided to purchase at least 60,000 tents for Tk. 200 crore, disclosed sources in the Ministry of Disaster Management and Relief. The ministry is purchasing the tents in phases after recently receiving instructions from Prime Minister Sheikh Hasina, the sources added. The finance ministry has already allocated Tk. 100 crore for the purchase of 37,000 tents for the current iscal year (2015–16), according to the sources. Additional secretary in the disaster management and relief ministry, Zakir Hossain Akanda, told The Independent that they have initiated the process of purchase of the tents to prepare emergency shelters during the disasters, especially in the wake of an earthquake. “The Cabinet Committee on Purchases recently approved the proposal to procure 7,333 tents soon,” he said. “Three different categories—small, big and fireproof tents—would be gradually procured, in phases,” he added.
The senior bureaucrat added that the PM ordered the disaster management and relief ministry to procure a number of tents to prepare emergency shelters for the people during the period after the Nepal earthquake.
Zakir Hossain also disclosed that no tents were purchased after the country’s Independence. “In 1975, the Saudi Arabian government provided us around 13,000 tents, which are still in use,” he said.
The senior official also said they would distribute some tents among the deputy commissioners (DCs) in districts like Sylhet, Chittagong Hill Tracts and Rangpur, which are vulnerable to earthquakes and floods.
“The DCs will stock the tents at their godowns and use them as temporary shelters if disaster strikes in future,” he added.
He also announced that a number of tents would be stocked at godowns in Dhaka for use in the capital city and its adjacent areas if any disaster occurs.
Experts have forecasted that Dhaka, Chittagong, Mymensingh, Rangpur and Sylhet are likely to face earthquakes on a high scale, as two major fault lines lie in the areas.
They have also warned that at least 78,323 buildings, mainly located in the capital city, are vulnerable. In case of an earthquake of magnitude 7 originating from the Madhupur fault line, most of the buildings would be totally destroyed, and then the affected people would need temporary shelters for survival.