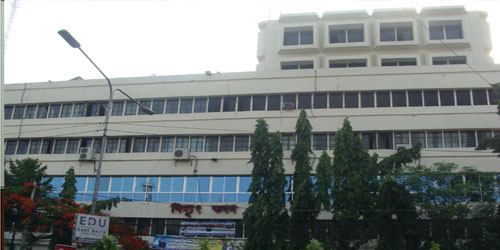 The Power Development Board (PDB) has taken up a mega project at a cost of around TK 1,100 crore in order to bring a radical change in power distribution system in greater Chittagong, reports BSS from Chittagong.
The project includes construction of 1,150-kilometre-long transmission line, facelift of old lines, installation of 14 new substations and enhancement of power generation capacity of eight substations.
Besides, the coastal island Sandwip, which remains out of the reach of PDB electric supply, would also be connected with the national grid through submarine-cables for the first time under the project, PDB sources said.
Earlier, PDB member (planning & development) Engineer Mohammad Abul Bashar formally inaugurated the field-level work of the massive project by installing electric poles for new lines at city’s Jamal Khan road area last Friday.
PDB chief engineer (planning & development) Bikash Dewan, Deputy Project Director (DPD) and Superintending Engineer Prabir Kumar Dey, among others, were present on the occasion.
PDB sources said purchase work of necessary goods for the project has already been completed and the project, being implemented by own sources of the government, is expected to be completed by June 2018.
DPD and Superintending Engineer Prabir Kumar Dey said the project aims at creating nearly five lakh new consumers and bringing a comprehensive change in the overall electric supply system in Chittagong, Cox’s Bazaar and three Chittagong Hill Districts.
“Besides, 700 megawatts of additional load would be added to the distribution system and new 1500 transformers with 250 KV capacity each would be installed under the project, which would remove the existing voltage problem and ensure quality electric supply”, Prabir added.
PDB sources said floating of tender for connecting Sandwip with the national grid through submarine-cables has already been done while the tender for installing new substations is awaiting approval of the ministry.
A high official of PDB said that in spite of increase in power production, the consumers are not immensely benefitted now as there was no development in the power distribution system.
“This project would greatly benefit the consumers and reduce load shedding to a great extent,” he asserted.