RAJSHAHI: After the Brridhan-62, there has been a bright prospect of growing more Brridhan-63 in the region including its vast barind tract in the years ahead.
It is another zinc-enriched paddy variety. It’s a short duration rice variety which can be harvested 100 days after plantation and this variety may give yield up to 4.5 to 6 tonnes per hectare if nurtured properly. The newly innovated paddy variety may open up a door of enormous prospects of mitigating zinc and protein deficiency besides fighting diarrhea and pneumonia-induced childhood deaths and stunting.
ATM Rafiqul Islam, Deputy Manager (Agriculture) of Barind Multipurpose
Development Authority (BMDA) here told BSS that farmers of the region have already harvested the variety amidst satisfactory yield this season encouraging many other farmers to cultivate it on more lands. BMDA adopted special measures to boost the yield.
Bangladesh Rice Research Institute (BRRI) released the variety all over the country over the last few years after a latest breakthrough in research in the field. It’s a short-duration high-yielding variety of rice which could be cultivated in irri-boro season. The BRRI breeders developed the hi-zinc rice with support from Harvest Plus, which is a global bio-fortification mission.
Dr Khairul Bashar, Country Manager of Harvest Plus Bangladesh, told BSS that the BRRI-63 has been the most-discussed rice variety as it is a zinc-fortified breed and have been developed to meet the necessary requirement of micronutrient for a human body coupled with ensuring food security.
Each kilogram of rice of BRRI-63 contained 19 mg of zinc and 9 percent of protein which will ensure high nutrition and will play a significant role in prevention of diseases; Zinc also played a vital role in prevention of liver-related diseases.  Zinc, iron and vitamin-A are the three most vital micronutrients, deficiency of which hampers children’s natural growth and decrease their disease prevention capacity.
In Bangladesh, over 40 percent children under five are stunted while an estimated 44 percent children of the same age group are at risk of zinc deficiency.
Both BRRIDHAN-62 and BRRIDHAN-63, which are capable of fighting diarrhea and pneumonia-induced childhood deaths and stunting, have been developed by BRRI breeders through application of biological fortification (biofortification).
The varieties are the world’s first-ever rice class developed in a bio-fortified system through breeding between local rice variety Zira Katari and BRRI- 39, Dr Bashar said. It’s a short duration rice variety which can be harvested 100 days after plantation and this variety may give yield up to 4.5 to 6 tonnes per hectare if nurtured properly, he added.
It is expected that consumption of the rice enriched with zinc will highly remove malnutrition, particularly, this rice will help protect child health, he said.
International Center for Tropical Agriculture and International Food Policy Research Institute are jointly implementing the harvest plus project aiming at promoting the variety throughout the country. Various government and non-government development organizations including Department of Agriculture Extension are supplementing the field level promotional activities in 50 districts of the country during the current transplanted Aman season.
More than 11,500 demonstration plots were set up and above 60 field day-cum-farmers gatherings were arranged in various locations of the districts to disseminate aspects of the variety among the farmers.
Scientists involved in the breeding process confirmed that the latest rice variety is more productive than the high-zinc rice already released. Average yield of BRRI-62, meant for rain-fed Aman season, is 4.2 metric tons (MT) per hectare while the proposed hi-zinc line BRRI-63 has yield potentials of over 6 MT per hectare.
Dr Bashar mentioned that the variety has been developed by genetically crossing with local variety but it’s not genetically modified rice.    —BSS 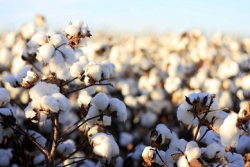