Because of house to house cattle farming, the Rajshahi region has started becoming enriched with animal resources during the last couple of years.
The feature has brightened the prospects of exporting beef to areas within the country alongside outside the country after meeting up the local demand.
Moreover, the boosted native cattle production has started influencing the markets of cattle imported from the neighbouring country. In most of the cattle markets, the buyers were seen opting to purchase native animals.
There are 604 registered dairy farms in the region. At Sathia in Pabna, there is a meat-processing centre from where processed meats are being exported to different countries.
Hundreds of thousands of cattle were slaughtered during the Eid-ul-Azha in previous years in the region, and most of the sacrificial animals were native, the animal resource department officials said.
The number of slaughtered cattle was higher as people bought more cattle for slaughtering ‘due to cheap price and good supply’ in the Eid markets, they said.
On the contrary, the lower prices of sacrificial animals frustrated both the farmers and the cattle traders in the region.
The cattle markets were witnessed a record supply of sacrificial animals causing lower price in the northern districts following a huge boost in the local animal husbandry sector in recent years.
Local animal husbandry sector has marked a revolutionary boost in recent years following massive steps taken by the government and different development organisations.
Both rural and urban areas, the poor and marginalised people including women have achieved tremendous successes in the sector getting various assistances from the government and development partners.
Artificial insemination of cows is gaining popularity in the region following significant achievement in improving the breeding system.
Due to the cross-breeding, the cows are giving milk ten times more than the previous record, said Alhaj Abdus Samad, a successful dairy farmer in the city.
Abdul Awal, a dairy owner of Bargachhi, said the producers have adopted new and improved practices and technologies in bull rearing and fattening contributing to enhanced production and productivity.
The size of the market has expanded due to the growing active role of large and small-scale private companies.
Line Agencies have become proactive towards supporting market actors, especially Local Service Providers (LSPs) by dint of their complementary roles in extension services.
In practice, the LSPs provide training, advice and input to the producers and earn on an average Tk 4,500 per month. Routinely, they extend different modern technology to the producers through setting demonstration plot in the locality.
Besides, they organise community meeting with the help of private companies for building awareness about quality inputs.
Service contracts were established to provide regular necessary services and inputs to the farmers.
District Animal Resource Officer Nizam Uddin said many of the rural families have been rearing and fattening bulls commercially and earning a good profit every year. Animal husbandry sector has marked a boost ,bringing fortune to hundreds of people in the region.
He admitted that some dishonest businessmen and farmers were using harmful medicines including hormone and steroid to fatten cattle to make immediate profit by selling fat animals for sacrifice.     ? 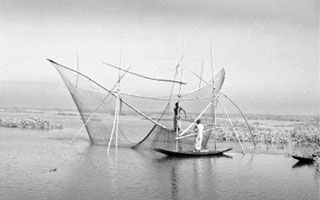 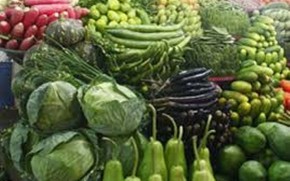