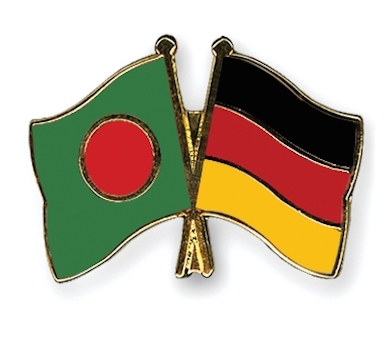 Bangladesh and Germany vowed to work together to fight the scourge terrorism and violent extremism terming those as global problems.
Both the countries also exchanged views on the ongoing refugee and migration crisis in Europe and discussed migration and mobility within the context of the upcoming Summit on Global Forum for Migration and Development (GFMD) scheduled to be held in Dhaka in December this year.
The issues came up for discussion at the Foreign Office Consultation between Bangladesh and Germany in Berlin on 25 April 2016, the foreign ministry said in a statement on Tuesday.
While exchanging views on the ongoing refugee and migration crisis in Europe, the discussion pointed out that many Bangladeshis found risked their lives and traveled from Syria and Iraq to European countries.
Foreign Secretary Md Shahidul Haque led the Bangladeshi delegation at the consultation meet with the German delegation led by State Secretary of the Federal Ministry of Foreign Affairs of Germany Dr Markus Ederer.
The meeting was held in a cordial and warm environment at the historic building of the Federal Ministry of Foreign Affairs of Germany, the statement said.
The two foreign secretaries discussed all aspects of existing bilateral relations and agreed to work closely to further strengthen mutual cooperation between the two countries, the statement added.
Terming the relation between Bangladesh Prime Minister Sheikh Hasina and German Chancellor Angela Merkel very warm, open and frank, both sides underscored the need for regular two-way high level visits to take the bilateral relations to a new height.
Foreign Secretary Md Shahidul Haque brought the issue of bilateral development cooperation and appreciated sustained German development assistance to Bangladesh since the country’s independence in 1971. Both foreign secretaries also discussed regional and international issues of mutual interest.
Foreign Secretary Haque proposed some new ideas for strengthening and expanding relations between the two countries, particularly focusing on to devise ways and means for implementation of the Agenda 2030 for Sustainable Development. In that regard, he handed over proposals for partnership agreements on skills and vocational training, development of small and medium enterprises and green industrial manufacturing in Bangladesh, development and transfer of technology, where Germany can provide technical assistance and support. Both sides also agreed to work together to pave the way for enhanced German investment in Bangladesh.
The Foreign Secretary also delivered a brief speech on ‘Bangladesh 2030 and beyond’ at an experts roundtable involving German academics, business/industry experts at the headquarters of Friedrich-Ebbert-Stftung (FES), a political foundation of the Social Democratic Union (SDU), member of the ruling coalition.
The next Foreign Office Consultations between the two countries is expected to be held in Dhaka next year. 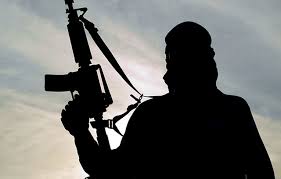