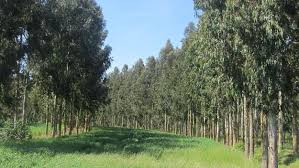 The Forest Department through community participation is carrying afforestation and reforestation activities in nine hilly and coastal districts for improving livelihoods and increasing resilience to climate change, reports BSS.
The districts are: Cox’s Bazar, Chittagong, Noakhali, Lakshimipur, Barisal, Pakuakhali, Barguna, Bhola and Feni, said a press release.
Supporting by the World Bank, the project has so far afforested and reforested 13,139 hectors of land, two-third of the project target while it project completed 1,505 km out of the targeted 2,000 roadside strip plantation.
Besides, the project has completed the nursery and all preparatory works for the remaining plantations of the project in the coming monsoon season.
The project helped the local poor community find better and diversified the livelihoods options. The average annual household income of the participating families has increased by 38 per cent and during the project period 99 per cent of the households could double the savings.
The increase in savings will also enhance resilience of the poor families in case of shocks.
The surrounding communities’ dependency on forest resources has reduced by almost half. All households shifted to improved cook stoves, which also contributes to save forest degradation.
The Arannayk Foundation is implementing the alternative livelihood component of the project.
The project provided skills training to 6,000 forest group members on various trades as per their choice. Additionally, 565 group leaders have received training on organisational and leadership development and financial management, including around 400 females and 35 people from ethnic population.