Cox’s Bazar Correspondent :In Cox’s Bazar, maximum Aus cultivation is recorded in Kutubdia, Pekua, Chakaria and Moheshkhali upazilas. Among the upazilas, Kutubdia upazila will receive maximum incentive. Here, 1,500 farmers have been enlisted for the incentive, whereas in Chakaria 1,100, in Pekua 1,150, in Moheshkhali 500, in Sadar 500, in Ukhia 100, in Ramu 100, and in Teknaf 50 farmers will receive the incentive in cash and kind.A silent revolution is happening in the agriculture sector of Cox’s Bazar district. In 2014-’15 fiscal, the total demand of food was 3,85,396 metric tons here while the production was 4,58,809 metric tons, which is 20,283 metric tons more than the demand. The farmers are now using modern technologies in agriculture sector. Last year, due to natural disaster, the Aus paddy production suffered a minor blow. So, this year mass awareness programmes will be conducted in farmers’ level to generate interest among them in Aus paddy farming,” the DAE officer further added.In order to encourage more and more cultivation of Aus paddy, the government has decided to provide incentives in cash and kind to at least 5,000 farmers out of 50,000 in the district this year.The programme has been launched with a view to keeping the environmental balance as well as to utilising the fallow lands at marginal level, according to the information of the Department of Agriculture Extension (DAE) office in Cox’s Bazar. The DAE source said that the farmers of Kutubdia upazila will enjoy the maximum benefits in the declared incentive, but the farmers of other upazilas in the district will also avail the benefits.The DAE sources informed that there are 5,000 hectares of land suitable for Aus paddy farming in Cox’s Bazar. Due to consecutive natural calamity for the last few years, only 2,400 hectares of land were brought under Aus paddy cultivation last year.According to the instruction underlined in the scheme of the DAE, only one farmer per bigha will be eligible for the incentive.These incentives are being provided among the farmers throughout the country for cultivating Aus paddy of Ufshi and Nerica varieties, but in Cox’s Bazar, the incentives are being provided for only Ufshi variety.As per the instruction, each farmer here will get 5 kg Aus paddy seeds of Ufshi variety, 20 kg Urea fertiliser, 10 kg Di-Ammonium Phosphate (DAP) fertiliser, 10 kg Muriate of Potash (MOP) fertiliser, and cash Tk 400 for irrigation cost.The Ufshi variety abounds in BRRI-paddy 26, 42, 48, 55 including the Kudrat variety. The farmers will receive the cash money through mobile banking platform ‘bKash’, the source maintained.A letter concerning the guidelines for distributing the incentives arrived in Cox’s Bazar two weeks back. Following this, a district level committee headed by the Deputy Commissioner as convener and the District DAE Officer as member secretary and an incentive implementation committee headed by the Upazila Nirbahi Officer as convener and Upazila Agriculture Officer as member secretary have been formed. Besides, it was strongly instructed in the letter to reach all the incentives to each farmer within a month. Following this, agriculture officers are working hard in union level.While talking with agriculture officers, this correspondent came to know that the existing agriculture rehabilitation committee in each union parishad (UP) will prepare a list of farmers and send it to upazila committee for scrutiny and forward the same to the district committee. Later, the upazila committee will verify the list again and send it to the district committee. After this, the incentives will be sent to respective upazilas from the districts. According to latest information, incentive packages have started arriving here, while the distribution will start soon. 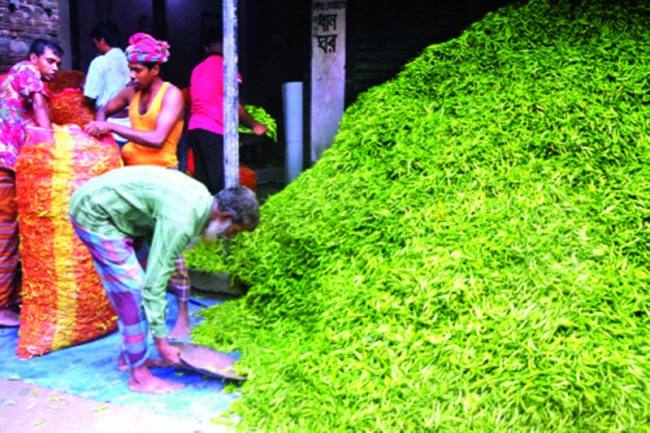 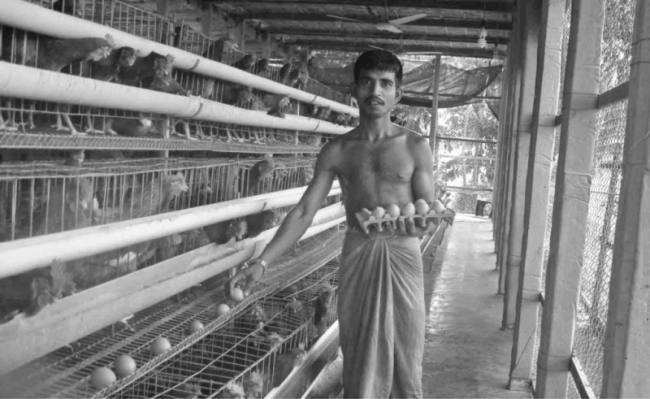