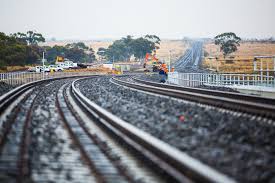 The Executive Committee of the National Economic Council (ECNEC) yesterday approved the first revision of the Dohazari–Ramu–Cox’s Bazar and Ramu–Gundum (near Myanmar) single-line dual gauge rail track construction project, at an estimated cost of Tk 18,034.48 crore.
The project aims to introduce railway communication to the tourist city of Cox’s Bazar.
The approval came at the ECNEC meeting held at the NEC conference room at Sher-e-Bangla Nagar in the city, with its chairperson and Prime Minister Sheikh Hasina in the chair.
Briefing reporters after the meeting, planning minister AHM Mustafa Kamal said a total of eight projects was approved yesterday, with an overall outlay of Tk 18,657.27 crore.
“Of the total project cost, Tk 5,495.39 crore will come from the government exchequer, Tk 46.47 crore from the organisation’s own funds and Tk 13,115.41 crore from project assistance.” Of the eight projects approved, six are new, while two are revised projects.
The planning minister said PM Sheikh Hasina, at the meeting, asked the authorities to implement the Dohazari–Ramu–Cox’s Bazar railway track project as a ‘fast-track’ one, and complete it within three years.
He said once the project is implemented, it would play an important role in boosting the growth of the gross domestic product (GDP), with respect to the economic hubs of Chittagong and Cox’s Bazar, as well as give a fillip to tourism there.
Mustafa Kamal said the Prime Minister has also asked the authorities to complete the Dohazari–Ramu–Cox’s Bazar portion of the railway track project within the next three years. He said the countrywide railway track coverage is now 2,877 km, and it would increase gradually, since it is the easier and cheaper mode of transport.
The minister said Bangladesh Railway would implement the first revision of the Dohazari–Ramu–Cox’s Bazar and Ramu–Gundum single line dual gauge track construction project by June 2022. Of the total project cost of Tk 18,034.48 crore, he said Tk 4,919.07 crore would come from the state exchequer, while Tk 13,115.41 crore would come as project assistance from the Asian Development Bank (ADB).
He said the project would go through Chandanaish, Satkania and Lohagara upazilas of Chittagong district, Chokoria, Cox’s Bazar Sadar, Ramu and Ukhia upazilas under Cox’s Bazar district and Gundum upazila of Bandarban district.
Earlier, on July 6, 2010, the ECNEC approved the project for constructing a single-line metre gauge railway track from Dohazari in Chittagong to Cox’s Bazar via Ramu and Ramu to Gundum along Myanmar border, involving Tk 1,852.35 crore.
However, the implementation of the project works was delayed due to the uncertainty of funds from the development partner. In the meantime, during the ECNEC meeting on September 9, 2014, directives were given to turn the single line track to a dual gauge one from metre gauge from Dohazari–Ramu–Cox’s Bazar and Ramu–Gundum.
Later, the revised project cost was estimated, based on the decision of a fact-finding mission.
The original project was taken up to construct a 127.66-km-long single-line metre gauge railway track, but in the revision, a dual-gauge track will be constructed, resulting in a massive Tk 16,182.13 crore hike in the project cost.
Under the first revision, a 100.83-km single-line dual gauge track will be constructed from Dohazari to Cox’s Bazar via Ramu,
and another 28.752-km single-line dual gauge track from Ramu to Gundum near the Myanmar border.
Besides, the project will have to spend money on rehabilitating people to be affected by the acquisition of some 1,742 acres of land.
The project also aims to establish links with the Trans Asian Railway Corridor and ensure development of the tourism facilities of the tourist city Cox’s Bazar by developing the rail communication system.
The other projects approved at the meeting are the renovation of some 100-metre gauge passenger carriages for Bangladesh Railway for Tk 59.30 crore, road extension and development from Jatrabari section to Trimukhi under Dhaka South City Corporation for Tk 154.89 crore, a connecting road from Bortakia (Abutorab) to Mirersarai economic zone for Tk 123.57 crore, widening of Sadullapur–Pirganj–Nababganj district highway for Tk 90.19 crore, construction of the 219.456-metre-long Shahbazpur Bridge and renovation of the existing bridge at the 93rd kilometre on the Dhaka-Sylhet highway for Tk 67.90 crore, renovation of the Kashimpur pump house under the Monu river irrigation project for Tk 84.16 crore, and construction of a multi-channel slipway house (third revised) for Tk 42.78 crore.

Banana farming on the rise in Magura

25,000 women do needlework to earn extra in Manikganj