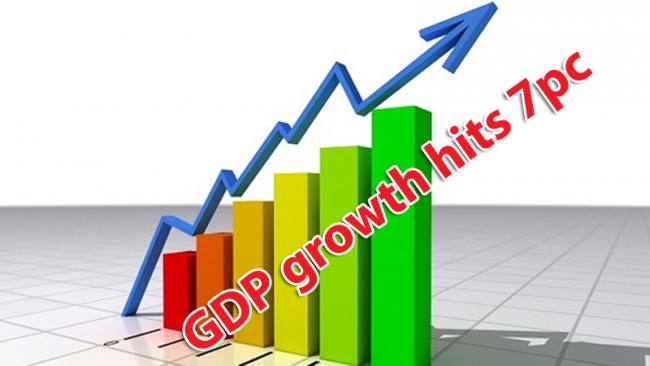 The GDP (gross domestic product) growth in Bangladesh touched 7.05 per cent breaking the 6 per cent cycle of economic growth while the per capita income reached USD 1,466 in the current fiscal year, according to the provisional estimates of the Bangladesh Bureau of Statistics (BBS). “This is a matter for the whole nation to be proud of, as we have achieved 7.05 per cent GDP growth rate for the first time,” said planning minister AHM Mustafa Kamal after a meeting of the National Economic Council (NEC), which was held yesterday with Prime Minister Sheikh Hasina in the chair. Terming it a “glorious milestone” for the nation, Kamal said this is one step forward in the uplift of the nation “in the global arena” as the GDP growth rate for the current fiscal year has also surpassed the fiscal target of 7 per cent. The planning minister said that Bangladesh had long been “chained” in the six per cent growth trap. By attaining 7.05 per cent growth, the country has been able to overcome this trap, he added. Apart from growth, Kamal noted that per capita income, too, has risen to USD 1,466 from the previous USD 1,316 in the current year. The planning minister said that to the best of his knowledge, this is the highest GDP growth rate achieved by the country after Independence. “Not just 7 per cent, we’ve to achieve more than 7 per cent growth in the coming years as the Bangladesh economy is performing consistently,” he added. Bangladesh has attained over 6 per cent GDP growth rate consistently for the last couple of years as it reached 6.55 per cent in FY15, up from 6.06 per cent in FY14, 6.01 per cent in FY13 and 6.52 per cent in FY12.
Considering the sectoral growth rate of GDP at constant prices, Kamal said the provisional BBS data also showed that the agricultural sector witnessed a 2.60 per cent growth in the current year—compared to 3.33 per cent in the previous year—but the industrial sector saw 10.10 per cent growth in the current year, which was 9.67 per cent in the previous fiscal year. The services sector logged 6.70 per cent growth in the current year against 5.80 per cent in the previous year.
The GDP growth rate of the fisheries sector in FY16 was 6.19 per cent; in mining and quarrying, it was 12.06 per cent; in manufacturing, growth was 10.30 per cent; while in electricity, gas and water supplies, the growth was 11.15 per cent. GDP growth in construction was 8.87 per cent. When asked about the main reasons for the higher growth rate, Kamal attributed the achievement to the continuing political stability in the country. Referring to a recent survey, the minister said around 73 per cent of the country’s people now think that the nation is headed in the right direction. He also observed that in most sectors, Bangladesh fared better in the current year than the previous fiscal year, which was also a major reason for higher GDP growth. Kamal is also hopeful about higher growth later in this year after the final estimation, with inclusion of growth in some sectors. The minister said Prime Minister Sheikh Hasina, at the meeting of the NEC, has given this credit of attaining 7.05 per cent growth to all the people of the country, irrespective of class, creed or profession. She has also noted that the major driving force of this country was its hard-working people, he added. The overall size of the GDP at constant market prices for FY16 stood at Tk. 8,830,544 crore, which was Tk. 8,248,624 crore in FY15 at constant market prices. Besides, provisional BBS figures also showed that GDP at current prices in FY16 stood at Tk. 17,295,665 million, the gross national income (GNI) stood at Tk. 18,314,994 million, and per capita GDP at USD 1,384. 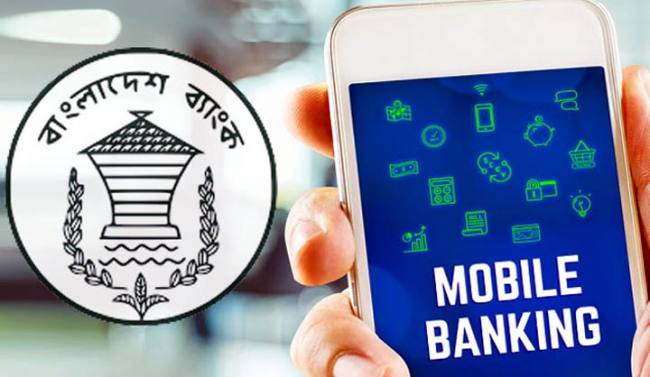