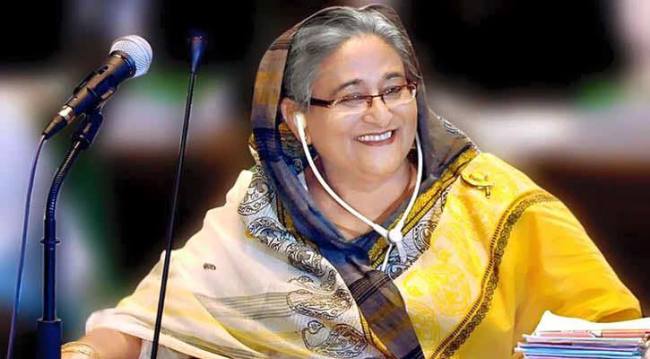 Prime Minister Sheikh Hasina, in yet another noble gesture,, has taken the full responsibility of sport girls Mahfuza Khatun Sheela and Mabia Akhtar Shimanta who won gold in the just concluded South Asian Games in India.
This is also a recognition of their talent and success from the highest level of the state as well a reflection of the PM’s motherly love and care.
Mahfuza won two gold medals in swimming and Mabia bagged one in weight lifting in the South Asian Games, raising Bangladesh’s international standard in sports and also setting an example of achievement that will encourage other Bangladeshi girls to compete in a variety of games at home and abroad.
Mahfuza and Mabia – and their families — will from now on be looked after and given survival support by the government on account of the Prime Minister’s personal wishes and this is going to be another manifestation of Sheikh Hasina’s human touch for which she is very much adored by all.
She has been known for similar gestures in the past. Few years back, the Prime Minister under her personal initiative arranged marriage of two girls orphaned after fire broke out in an illegal chemical factory and burned many houses in old Dhaka’s Nimtali area. The wedding of the two sisters was solemnised at the Prime Minister’s official residence Ganobhaban in presence of their families and guests where the Prime Minister herself was the host.
They were over whelmed by the heartfelt sympathy and feelings of Sheikh Hasina for the destitute and her urge to do the best she can for them. Marrying out the two sisters was the highest example of the PM’s noble gesture, reflection of her nobility and response to the call of humanity.
Prime Minister Sheikh Hasina came forward to help Mahfuza and Mabia and their families when almost all others had virtually ignored them. Mabia returned from India five days ago clutching her gold. But she lamented saying that no one from the country’s sporting arena, Sports Ministry or any public representative or youths who heralded her success profusely in social media did come to see her.
Even no one met her with a stick of flower when she returned home. She was picked by her maternal uncle on his motorcycle. This is a sad saga in the life of a brilliant sports girl of Bangladesh.
Mabia’s family lives in an eight-foot by ten-foot labyrinth in highly unhygienic conditions near the Khilgaon jheel in the capital, virtually with no ventilation or sanitation. Their hut is so rickety that it may be razed down by a small gust of wind, witnesses said.
This is ironical for the girls who brought rare laurels for the country.
It was more tragic to know that Mahfuza had to sell one gold medal she received earlier for treatment of her ailing father. The PM was shocked to learn that and immediately asked the concerned officials to see the medal is restored to Mahfuza. Meanwhile, the Prime Minister has directed officials in the home district of the two girls to ensure best possible living amenities to their families, such as electricity and water, and generate economic and agriculture activities.
This is how Prime Minister Sheikh Hasina feels and makes her government do for the distressed and the needy. She rehabilitates the burn victims while the other key politician in the country former Prime Minister Khaleda Zia of Bangladesh Nationalist Party (BNP) directs and oversees the burning of innocent people by petrol bombs and killings by political violence. This is the basic difference between the two leaders – something which is very clear in the eyes of the people of Bangladesh.
A newly launched “burn unit” at the Dhaka Medical College Hospital has been named after Sheikh Hasina – a right decision by the concerned authorities. There can be no better accolade for the Prime Minister, who is a globally acclaimed politician and statesman, a humanist and mother. Sheikh Hasina is a combination of many qualities, she listens and acts and opposes anarchy to promote peace and constitutional stability.
But we wonder why it has to be only Sheikh Hasina to act to be humane to bring smiles to the needy and helpless. There are so many other rich and affluent people in politics and businesses in Bangladesh. They earn fabulously, often through illegal means, but remain shamelessly tight fisted when it comes to helping the poor. To them, humanity comes behind everything else. They spend all their energies and direct efforts to boost their wealth and compete with others in the same clan. There is hardly any help coming from them for the poor and helpless. Can we not expect many more helping hands and benevolent hearts?
In that, Prime Minister Sheikh Hasina is an exception. So, she deserves appreciation and admiration. 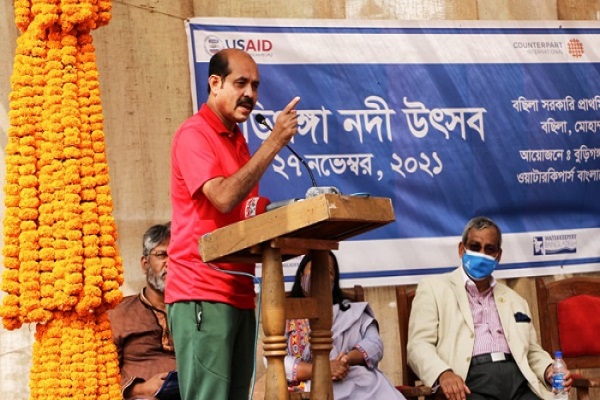