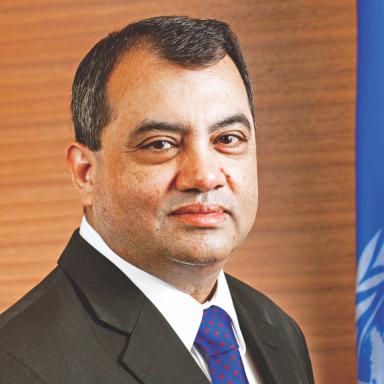 Lawmaker Saber Hossain Chowdhury, president of Inter Parliamentary Union, has been named by United Nations Secretary-General Ban Ki-moon as a member of a “High-level Advisory Group” for the Every Woman Every Child movement.

Ban Ki-moon announced in Davos this week names of the initial members who would help provide leadership and inspire action for women’s, children’s and adolescents’ health during the transition from Millennium Development Goals to the universal Sustainable Development Goals agenda.

The group will be co-chaired by President Michelle Bachelet of Chile and Prime Minister Hailemariam Desalegn of Ethiopia, says a press release yesterday. The initial members include Canada’s Minister of International Development Marie-Claude Bibeau, India’s Union Minister of Health and Family Welfare Jagat Prakash Nadda, Norway’s Minister of Foreign Affairs Børge Brende and head of Agency Chair of the H6 – a joint effort of UNFPA, UNAIDS, Unicef, UN Women, WHO and World Bank.

The group will advise the secretary general and guide the transition of the Every Woman Every Child movement and the newly launched Global Strategy for Women’s, Children’s and Adolescents’ Health. Every Women Every Child is an unprecedented global movement that intensifies international and national action by governments, the UN, multilaterals, the private sector and civil society to address the major health challenges faced by women, children and adolescents. The global strategy provides a roadmap to end all preventable deaths of women, children and adolescents within a generation (by 2030) and ensure they not only survive but also thrive. With US$ 25 billion in initial commitment from over 120 organisations and over 40 governments, a fully implemented Global Strategy will transform societies so that women, children and adolescents everywhere not only have access to health but can attain their full potential as adults.

Bangladesh is an inspiration for LDCs: WTO DG