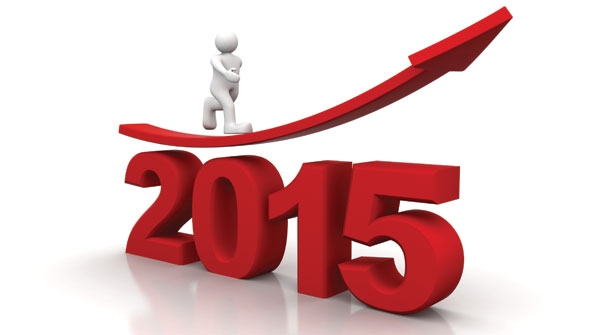 It is often said that numbers do not lie, but when it comes to the Bangladesh economy, the saying appears to be on shaky grounds.

Bangladesh’s gross domestic product, which is the broadest measure of the health of an economy, grew an impressive 6.5 percent last fiscal year.

This good run is expected to continue into the new year, with the World Bank forecasting growth of 6.7 percent for fiscal 2015-16.

Based on these numbers, it is safe to say that the economy is doing well. Yet, the sentiment does not resonate across the country.

Despite the abatement of political turmoil for a good eight months now, businesses are still shaky.

People had thought that the economy and the investment environment would pick up once the political uproar dies down. “But that never happened,” said Salehuddin Ahmed, former governor of Bangladesh Bank.

Even with the declining interest rate regime, bankers are in want of borrowers; they simply do not see the enthusiasm they had witnessed among the business community several years ago.

For instance, five years ago private sector credit stood at around 26 percent. Now, it has slumped to 13 percent.

New investment and expansion of existing business units have almost ground to a halt, and with it, job creation, Ahmed said.

For instance, the interest rate in the call money market, which reflects the market demand for money, has gone down to as low as 1.25 percent, which is the lowest in a decade.

Not only that, BB has stopped accepting the commercial banks’ huge surplus money through the reverse repo two months back: it has run out of options to re-use the funds.

“The main concern lies with the people engaged in business. They just do not see any demand,” said Ahsan H Mansur, executive director of Policy Research Institute.

The investment climate has not improved at all even after the dissolution of political turmoil, said Mansur, also a former official of the International Monetary Fund.

The stock market, which is often considered the barometer for a country’s economic health, is not going through a good phase either.

The government and the central bank took ad-hoc measures in the outgoing year to resuscitate the ailing market but to no avail.

There is no sign of recovery in the construction and the real estate sector that has been going through a trough since 2011.

At present, there are 10,000 flats unsold, according to the Real Estate and Housing Association of Bangladesh.

External factors — crisis in the US, Eurozone and China — are also creating concerns for Bangladesh’s exports.

Remittance, which is one of the lifelines of the Bangladesh economy, suffered 0.68 percent negative growth in the first five months of the current fiscal year.

Biru Paksha Paul, chief economist of BB, acknowledged that the economy has to move at much faster pace than what it is going now.

Bangladesh can enjoy demographic dividends for the next 20 years and if the country does not move fast, people will miss out on the opportunity.

“There must be an investment blitz in infrastructure, be it in tube rail, expressway or setting up connectivity.”

He, however, disagreed with the analysts on the private sector credit growth and GDP growth: the quality of credit has improved significantly now than few years ago.

But to jump-start the economy in the new year, Mansur said the government can come up with an investment package of around $25 billion, which may increase the budget deficit to 7 percent of GDP from present 5 percent for a period of time.

In that case, the government will be able to spend an additional $5 billion for development works each year, as a result of which all sectors — be it cement, steel or services sectors — will see significant rises in demand, he said.

All the analysts however agreed that the situation will not materialise unless the government enhances its capacity to implement development works.

Also, an improved investment climate, political stability, good governance and reforms are crucial for moving to a higher growth trajectory, they added.