নীড় টেলিযোগাযোগ LOOKING BACK 2015 : 3G brings a boom to telecom

The telecom industry added an average of 40,000 new 3G connections a day to their networks in the passing year, according to its regulator.

Mobile operators have expressed satisfaction over their performance and expect the growth to be even faster in the coming days.

“This growth is very natural for our market and it is having a great impact on the society,” said TIM Nurul Kabir, secretary general of Association of Mobile Telecom Operators of Bangladesh. At the end of November, the total number of 3G connections stood at 2.47 crore, up from 1.12 crore at the beginning of the year, according to Bangladesh Telecommunication Regulatory Commission.

Riding on the wave of 3G adoption, the import of smartphones and the use of data also saw a surge.

“Our market is growing fast and it will help digitise the country quickly,” said Tarana Halim, state minister for telecommunication.

From January to November, the industry added 1.03 crore internet connections to take the tally to 5.39 crore.

However, internet growth hit a speed bump when the government blocked Facebook and some other social media sites for more than three weeks.

The six mobile phone operators also bagged 1.28 crore new SIM connections in the first eleven months of the year, which was only 65.66 lakh in the whole of 2014. The number of new internet connections was a mere 78.5 lakh in that year too, according to BTRC data.

The growth figures for 2015 were vast, considering the 3 percent extra supplementary duty that was slapped on all telecom services, said experts.

The government also reduced the SIM tax to Tk 100 from Tk 300 in the last budget, which was also a boon for the sector, they added.

As of October, 2.69 crore were imported, 46.71 lakh of which were smartphones, according to data from Bangladesh Mobile Phone Importers’ Association.

Emphasising security more than the figures, Tarana said although Facebook was blocked temporarily, it opened a new channel of dialogue.

The government got a positive response from Facebook, which can be counted as a major success for 2015 in this field, she said.

“Facebook authorities came and sat with us, and now we can plan with them on how to protect users form criminal activity.”

On November 18, the government shut down the internet for the first time in the country for over 75 minutes, following a verdict of the Supreme Court that upheld the death penalty for war criminals Salauddin Quader Chowdhury and Ali Ahsan Mohammad Mojaheed.

“It was a real shock for the people in terms of the digitisation process,” said Mustafa Jabbar, former president of the Bangladesh Computer Samity.

Security is the main concern now and the government did very little about it in the last few years, he added.

Another major talk of the year was a possible merger between Robi and Airtel. The move awaits regulatory approval and the new company could become the second biggest operator in the country after Grameenphone.

The telecom regulator signed a deal with a French satellite company in recent times, and they started work on Bangabandhu-1 satellite, which is scheduled for launch in December 2017.

The government also started a project to introduce biometric fingerprints for the registration of SIM cards to curb cyber crime.

Another noteworthy development in the outgoing year was the massive cut in wholesale bandwidth prices.

A guideline has been finalised for mobile number portability that gives customers the freedom to switch their networks without changing their existing phone numbers. This process has been trying to get some shape since 2008.

Here, Jabbar said people are ready for modern digital services but the government is lagging behind in meeting people’s expectations.

From the ICT division, the government introduced 600 mobile applications to improve citizens’ services.

The government started the journey towards setting up hi-tech parks and established fibre optic cable connections for all its offices this year.

But it failed to ensure an e-filing system because of some senior officials’ backward looking thoughts, said experts.

Jabbar also said the government took up different lucrative projects, spent a lot of money too, but the ultimate result was zero. 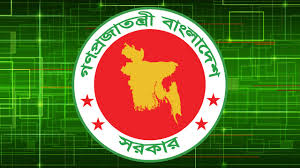