Information technology giants have significant influences on the contemporary world. Owners of the virtual world like Microsoft, Google, and Facebook etc. are dominating many things of the world including economy, culture, environment and even policy making. In fact, the enormous potential of information technology has driven the mankind at such a stage that is unimaginable. Bangladesh is also not lagging that far behind. Rather keeping pace with time and trend, it also has been trying to reinforce its attempts to climb on the bandwagon of IT enabled services by taking various measures; in every sphere such as communications, education, transaction, healthcare, offices, entertainments, etc. information technology is playing a major role in the country. In this article I shall outline some of the efforts in terms of providing IT enabled services that Bangladesh has taken for the last few years.
First Software Technology Park
With the aim to expand the country’s hi-tech industry, recently a software technology park has been launched at the city’s bustling area Karwan bazar. Thought it was actually planned a decade ago, it could not come into reality due to legal bar and complications regarding land acquisition. The 11 storied building started its operation initially with 4 software farms, and more will be allowed to run their operations soon. Apart from meeting the demand for software of the local market, the park will help facilitate exporting software to other countries. IT insiders hope that companies like Google, Facebook, and Microsoft would exploit the facilities in this park.

Hi-tech Park
In order to establish a world class business environment, to create a conducting atmosphere for establishing ICT, engineering, electronics, telecommunication and other related knowledge base industry, a hi-tech park is being built at Kaliakoir, Gazipur, nearly 40 KM away from the capital. The 232 acres project comprising of internal road, industrial base, and science plaza will ensure internet, electricity, gas, sewerage, and utility services at the park. Once the construction of the park is complete, domestic and foreign investors will be able to invest in this park, which will eventually create employment opportunities and boost up economy of the county.
EGP: To bring transparency and order in all sorts of public procurements and purchase, the government launched Electronic Government Procurement (EGP) system on experimental basis in 2011. Initially, four public organisations – Local government and engineering department, Road and Highways department, Water Development board and Rural Electrification board – came under this system. And after initialisation of the system, corruptions and irregularities centering the procurement and tendering process in the said organisations have come down remarkably. According to newspaper reports, so far only 20% of the Annual Development Programme (ADP) has come under EGP, and the rest of it is still carried out through bidding paper. It is not clear why all public organisations are brought under EGP system in phases. Experts opine that once the system is implemented in all the governments’ organisations, corruption, irregularities and hassles can be reined in and undesired incidents such as snatching and manipulation of tenders can be avoided.
Bangladesh National Portal (www.bangladesh.gov.bd): With the target of upholding citizens’ right to information and taking the information services to the doorsteps of common people, a revolutionary portal consisting of 25,000 websites was launched last year. It is said to be the world’s largest website. According to PMO’s Access to Information (A2I) programme, which has developed the site, the portal incorporated websites of 4,550 union offices, 14,640 upazila offices, 4,032 district offices, 455 divisional offices, 64 district council offices, 488 upzila parishad offices, 55 ministries and divisions, 345 departments, and 414 city or municipal corporations. It contains 20 lakh contents, more than 40,000 images, information of all the educational institutions, governmental organisations and their contact persons, government gazette and forms etc. In fact, information has been made available through this site to the rural and marginal people even before they asked for it.
Apart from these, thee thousand computer labs have been setup in educational institutions. Work on reaching the internet connection to the union level is at its fag end. Also, IT village at Mohakhali and IT Park in Jessore are being established as a part of setting up IT parks in all divisions to build up skilled workforce in ICT and to generate employment opportunities. Moreover, from grocery shops to various small and large private organisations of the country are using customised software to facilitate their day to day work. In reality, the revolution of Information Technology has brought a radical change to people’s way of thinking and doing. And Bangladesh is gradually becoming a part of this change by laying foundations of information revolution. 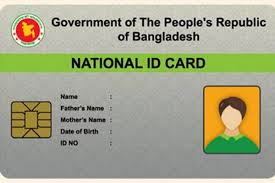