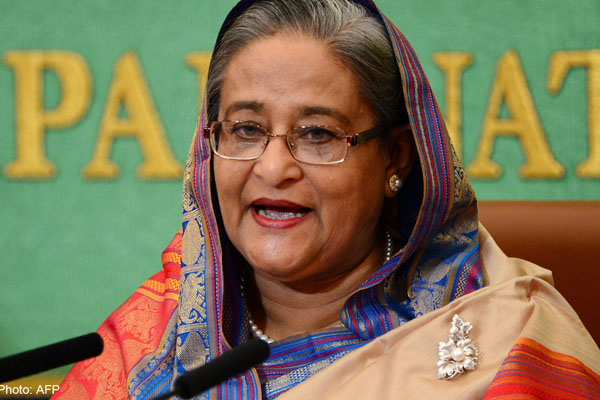 Prime Minister Sheikh Hasina has been named one of the world’s 100
leading global thinkers by a Washington-based prestigious magazine of global politics, economics and ideas.
The magazine, Foreign Policy, ranked her among the 13 top global thinkers in the category “Decision-makers“.“Prime Minister Sheikh Hasina has been named as a leading global thinker for her outstanding contribution to address the issue of climate change,” the Ministry of Foreign Affairs said in a statement on Wednesday.
German Chancellor Angela Merkel, Russian President Vladimir Putin and President of Mauritius Ameenah Gurib are the other heads of state or government who have been named as leading global thinkers in this category this year.
Every year, Foreign Policy magazine recognises the world’s preeminent thought leaders in its annual issue, entitled “100 Leading Global Thinkers”.
The list, initiated in 2009, has become one of the Foreign Policy’s most-read features. Honourees include a wide range of leaders, advocates, innovators, artists, government officials, and visionaries from around the world.
The editors of the Foreign Policy select 100 global thinkers based on their outstanding contributions over the past year and their ability to translate ideas into action that change and shape the world.
In the past, US President Barack Obama, Indian Prime Minister Narendra Modi, Iranian President Hassan Rouhani, Myanmar leader Aung San Suu
Kyi and former US President Bill Clinton were among the global leaders placed on this esteemed list.