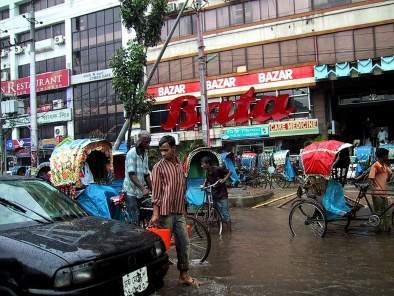 The government has taken up a mega project to dig a canal in the north of Dhaka to ease water stagnation problem of some of the posh areas of the city.

The Executive Committee of the National Economic Council (Ecnec) approved the Tk5,530-crore project for digging a 100-foot canal from Kuril to Balu river beside the Kuril-Purbachal Link Road.

An Ecnec meeting, with Prime Minister Sheikh Hasina in the chair, gave the approval yesterday.

The capital development authority Rajuk will implement the project by August 2018 in line with the Detailed Area Plan (DAP) for Dhaka and the entire fund will come from the state coffer.

This comes in the middle of an unusually long monsoon season in the country during which some of the major cities – including Dhaka and Chittagong – have experienced severe water stagnation every time there is heavier-than-normal rainfall.

Thanks to rampant encroachment, most of the canals around Dhaka – which work as outlets for rainwater – have ceased to exist and urban planners have always identified this as the main reason behind the capital city’s water stagnation problem.

Project documents show that the main aim is to solve water stagnation problem in the city’s Nikunja, Baridhara, Joar Sahara, Baridhara DOHS, Cantonment, airport and Kalachanpur and their adjacent areas.

Major activities include acquiring around 3.8 hectares of land and excavating over 728,522 cubic metres of land.

She also reminded that the development of more than 100 plots in the Nikunja residential area had been cancelled out of fear that it might lead to worse water stagnation in the adjacent areas during heavy rainfall, according to officials.

The PM asked the authorities to not let anything come in the way of this project and assured them that she would always be with them.

An analysis of the BCCSAP projects implemented in Bangladesh