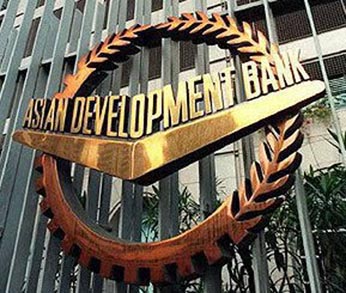 The Asian Development Bank (ADB) on Tuesday projected that Bangladesh may achieve 6.7 per cent GDP growth in the current fiscal year (2015-2016).

Finance Minister AMA Muhith in his budget speech targeted 7 percent GDP growth for the 2015-16 fiscal year. Speaking on the occasion, ADB principal country specialist Mohammed Parvez Imdad said inflation is expected to decline to 6.2 percent in the 2016 fiscal from 6.4 percent in the previous fiscal with the expected cautious monetary policy stance taken by Bangladesh Bank and a better crop outlook.

About the GDP growth projection, he said, “Continued efforts for resource mobilisation, structural reforms and infrastructure upgradation will support higher growth.” He said there will be further acceleration in growth in key sectors in the current fiscal.

Agriculture growth appears to move up to 3.2 percent from 3.0 percent in the 2015 fiscal, while the industrial sector to see 9.8 percent growth, compared to 9.6 percent in the previous fiscal, with better performance in readymade garment exports, manufacturing for domestic market, and construction, he added.

Parvez said services sector will also see a 6.0 percent growth, compared to 5.8 percent in the 2015 fiscal, according to a news agency.