NEW York is buzzing with hype and hope, as world leaders are about to gather here from September 25-27 to ratify another set of development goals for the next fifteen years. The journey of Millennium Development Goals (MDGs) ends this year and that of Sustainable Development Goals (SDGs) begins from next year. At the 70th anniversary of the UN, heads of states will formally adopt SDGs with the noble objective to fight poverty and address other challenges that we currently face. SDGs, with 17 goals and 169 targets, as opposed to only eight goals and 21 targets of MDGs, couldn’t have been more comprehensive. Even though many called for ‘smart development goals’ with fewer but sharper, more detailed goals, experts and policymakers juggled for long before coming up with this long list of goals to confront the many global problems.

But as the autumn leaves will fade soon in New York, the real journey will just begin after the ink dries on SDGs. From 2000-2015, there has been reduction in poverty, increase in primary school enrolment, increase in number of girl students in primary schools, reduction in under-five mortality rates, decline in maternal mortality rates, fall in new HIV infections, higher access to improved drinking water and sanitation, and so on. Despite such successes, high inequality between the rich and the poor continue to persist. The UN’s MDG Report 2015 shows that about 800 million people still live below $1.25 a day and suffer from hunger. Each day, about 16,000 children die mostly from preventable causes before they turn five. Gender gap in poverty is very high. Challenges of climate change have multiplied with increase in carbon emission. Vulnerability of people has increased, as more countries are affected by conflicts. On average, 42,000 people are forcibly displaced every day and compelled to seek protection due to conflicts.

Therefore, SDGs require far more attention from policymakers to prevent them from failing to meet the desired objective. With new challenges and vulnerabilities, such as migrants flocking from war affected zones to safer places, religious extremism spreading rapidly, continued economic uncertainties and the rise of climate vulnerabilities, the task of making a poverty free and sustainable world does sound utopian. Therefore, prompt actions will have to be initiated for the implementation of SDGs once the dust settles in the UN building.

For poor countries, implementation will be harder than before. SDGs have included ‘means of implementation’ with all good intentions. But the ambition of “revitalising global partnership” sheds doubt, particularly in view of the experience of MDG 8, which is the least fulfilled goal. The recently published MDG Gap Task Force Report 2015: Taking Stock of the Global Partnership for Development by the UN reveals areas where advanced countries could not fulfil their commitments. Delivery of overseas development assistance to LDCs in 2013 was only 0.10 percent of the Gross National Income of developed countries against the UN target of 0.15 to 0.20 percent. The non-completion of WTO’s Doha Round and refusal of some countries to give duty-free market access to products of LDCs, lack of progress in transfer of technology from developed countries to LDCs and limited efforts towards supporting poor countries to overcome their infrastructural and other constraints to improve exports are frustrating.

Despite low level of commitments from the international community, the success of MDGs in many countries raises the question as to whether countries would have achieved the same progress even in the absence of MDGs. And the answer is overwhelmingly ‘yes’. This is because countries where MDGs have been successful are the countries which were already striving for poverty reduction and achieving other social objectives on their own. Bangladesh, which is a stellar performer in achieving several MDGs, is a case in point. Much of this was possible due to the country’s policies and strategies reflected in various development plans, including the five year plans which the country had already been implementing since its early years. It also has dedicated programmes to fulfil those policies. The role of NGOs in delivering health and education services to rural areas and raising awareness of people, and the work of micro-credit organisations in supporting the poor, particularly women for income generating activities, complemented government’s initiatives. Of course, external support was needed. But the MDG experience of Bangladesh indicates huge shortage of funds as well. From 1990-2013, Bangladesh received $1.68 billion annually as ODA on average, as opposed to the required $3 billion per annum to attain MDGs.

But still setting goals is not bad. It makes us work towards achieving them. It also shows how we perform vis-à-vis the goal. Though the success of MDGs in Bangladesh reiterates the importance of national commitments, awareness and coordination across various government bodies remain problematic. The Planning Commission has led MDG implementation, but appreciation from other ministries, departments and agencies has been less than expected. Also the sense of ownership over MDGs and its implementation among relevant ministries remained low. There should be programmes to enhance wider public awareness and involvement in the SDG implementation process. Rather than involving a set of hand-picked people, multi-stakeholders, including NGOs, CSOs and the private sector, should be involved in the process of implementation. 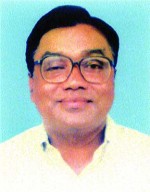