The World Bank will not provide its promised $500-million budget support to the government if it does not fulfil the multilateral lender’s condition of local energy sector reforms.
Finance Minister AMA Muhith said this to the media after World Bank South Asia Vice-president Annette Dixon met him at Economic Relations Division on Sunday.
“We sought $500 million from the World Bank as budget support. Recently, we’ve adjusted power tariff. However, some WB conditions tagged with the support are yet to be met.”
The minister said the lender assured him of further budget support if the government meets all the proposals, adding that more discussions will be held to this end in the WB’s annual meeting next month.
In reply to a query, he said the government has no plan to cut fuel prices at the moment in the context of sliding global fuel prices which is also a condition of WB for the budget support.
“They (WB) have sought fuel price adjustment at the global price level. We also want to lower fuel prices, but not at this moment,” he added.
Muhith said they discussed loan structure of the World Bank as it wants to follow the Asian Development Bank that has recently started the process to unify its loft and hard loans.
The WB is going to introduce a new loan programme styled ‘IDA Plus’ for developing countries, including Bangladesh.
Interest rate and service charge will be higher than that of IDA, the soft loan window of the Washington-based lender, Muhith mentioned.
Dixon told journalists that the World Bank wants further acceleration of support for Bangladesh to help it maintain a good GDP growth rate.
The lender is keen to extend support to those projects that facilitate growth momentum. “The WB committed $1.9 billion last year and released nearly one billion dollar,” said the visiting dignitary.
About budget support, she said they had discussions on the issue and more can follow in the upcoming annual meeting.
Dixon arrived in Dhaka on Saturday to help further strengthen the long-lasting partnership between Bangladesh and the World Bank Group.Her two-day visit focused on the Country Partnership Framework that the WB is preparing, which will guide its work here for the next few years.
Bangladesh is important for the WB’s strategy of working with countries to end extreme poverty and boost shared prosperity by 2030.
Earlier this year, the WB classified Bangladesh as a low-middle income country, raising its status from a low-income country.
Bangladesh is the biggest recipient of support from International Development Association (IDA), the WB’s fund for poorest countries.
Current IDA portfolio now stands at nearly $8.3 billion with 36 projects. 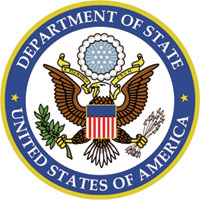