Cox’s Bazar that boasts the world’s longest unbroken sea beach now has the country’s five-star green resort to cater to upmarket tourists from home and abroad.

Also a timeshare hotel, Royal Tulip Sea Pearl Beach Resort has been built on 15 acres of land at Inani, some 20 kilometres south of Cox’s Bazar town, at an investment of over Tk 500 crore.

The hotel, which opened its doors on Thursday, is said to be the largest in Bangladesh. The 10-storey hotel has 493 rooms and suites with more than 445,880 square feet of space.

The facilities include two swimming pools, a spa, a 3D movie hall and children’s play zone. Sea and sand on the west and hills on the east make the location ideal for individual tourists and corporate functions.

“This hotel will give Cox’s Bazar an international image. More private investment will come into the tourism sector,” Industries Minister Amir Hossain Amu said at the hotel’s inaugural function.

A number of lawmakers, government high officials and leading businessmen attended the ceremony.

“It’ll be an iconic hotel,” said Faruk Khan, chairman of the standing committee on civil aviation and tourism ministry.

The hotel will be operated by Europe’s Louvre Hotels Group, which is allied with the Golden Tulip Hospitality Group operating in the upper-end and luxury segments of the market.

Cox’s Bazar has immense potential to attract foreign and local high-end and corporate tourists as it is located in a vintage area of the world’s largest unbroken sea beach, according to owners and financiers of the hotel.

Cox’s Bazar has around 450 hotels and resorts, with a combined capacity of nearly 27,000 rooms. However, lakhs of people visit the tourist destination during peak seasons, particularly during the Eid holidays and winter. “We are certain that the uniqueness of the resort will attract foreign and local high-end tourists. Moreover, the international timesharing concept will automatically bring foreign tourists into our hotel,” said Aminul Haque Shamim, managing director of the hotel.

Timeshare is an ownership model where many customers own allotments of usage in the same property. The model also allows members of a hotel to swap or exchange time with another affiliated hotel or resort anywhere in the world depending on availability.

A person can become member of the resort by paying a sum of Tk 6 to Tk 8 lakh.

Timeshare members of the resort will be able to use the facilities of 2,500 hotels and resorts that are affiliated with Interval International in more than 80 countries. A member will be given seven days to spend in any affiliated resort every year.

“It is a unique hotel with the sea beach on one side and mountains on the other. We have invested more to make it an eco-friendly resort, to be loved by tourists,” said AHM Mokbul Hossain, chief executive officer of the resort.

From sewage to garbage, solid waste and water will be treated at different plants in and around the eco-friendly resort. The hotel will use solar light and preserve rainwater.

In addition to all the common facilities of a five-star hotel, it has an infinity swimming pool of 10,000 sq ft area that will merge with the seawater. It has another 5,000 sq ft pool dedicated for women and children.

To finance the Tk 504 crore project, 10 banks have lent Tk 197 crore; Prime Bank was the lead arranger of the syndication deal and has provided Tk 97 crore.

Ahmed Kamal Khan Chowdhury, managing director of Prime Bank, said the government has recognised tourism as a thrust sector and announced a national policy to develop it with private sector participation.

“Keeping that in mind, we have taken an initiative in 2011 to finance the project,” Chowdhury said. The government should improve infrastructure in Cox’s Bazar to further develop the tourism sector, he added.

Quoting a research report, Touhidul Alam Khan, deputy managing director of Prime Bank, said the resort is expected to be 70 percent occupied in the peak season and 35 percent in off-peak periods next year.

The minimum cost for booking a room, which can accommodate a four-member family, has been fixed close to Tk 9,000 a night, including taxes. 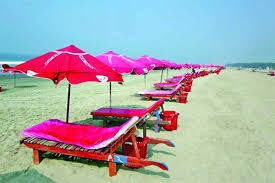