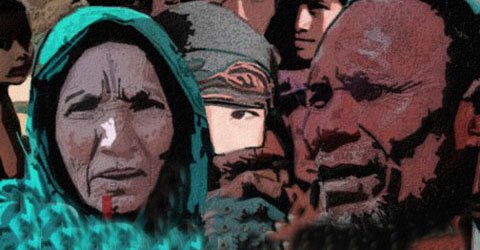 The government has undertaken a Tk 3 crore special project in a bid to financially empower about 21,000 ultra poor women in 21 upazilas.
Ministry for Women and Children Affairs will implement the new project titled- ‘Integrated Component for Vulnerable Group Development’ (VGD) while it would be jointly funded by World Food Programme (WFP) and Bangladesh government, said Bikash Kishor, Project Director.
The main aim of the project is making ultra poor women financially solvent and an effective tool for improvement of livelihood of the ultra poor women and ensuring their food security. Talking to this correspondent of the Daily Observer the project director said that initially they have selected 2,000 beneficiaries in Sirajgang district but their target is reaching another 21,000 ultra poor women.
‘It is a pilot project. So we have planned to bring another 19,000 ultra poor women under this project within three years,’ he said.
He also noted that government’s assistance to beneficiaries of women under previous VGD programme did not bring expected result relating to poverty reduction. So learning from experiences the government has taken this initiative to bring a positive impact on the lives of the VGD beneficiaries.
However, in addition to the cash the MoWCA will provide 30 kg of rice to each beneficiary. A total of 7,50,000 ultra poor women have been identified for the programme.
The Vulnerable Group Development Programme (VGD) is the national development intervention that exclusively targets ultra poor households.
About 7,50,000 ultra-poor women across the country received monthly food ration for the household and a development support services (inclusive of life skills and income generating skills training, savings and access to credit) for a cycle.
The ultra poor women will receive nine modules of training, five is relating to life skills and four is regarding income generation skill development.
The life skill training includes sanitation, health, disaster management, stopping violence against women etc.
The income generation skill development training includes goat rearing, cow fattening, running small business, grocery shop, stationary shops etc.
In addition, entrepreneurial development training will be given too, Project Director said.
To ensure sustainability of development results and to provide women with opportunities to further improve their livelihoods VGD participants will be mainstreamed into regular NGO development programmes after completing the cycle.
Under the new project ultra poor women will receive this assistance for two years and then government will select another batch of fresh new beneficiaries.
Bikash Kishore, the Project Director, also added that under this project each VGD beneficiary will receive Tk 15,000 and also provide training for their skills and later using these skills and money, they are expected to bring change in their lives.
When asked Meher Afroz Chumki, State Minister of MoWCA about the project, she said that in the first year primarily, this project will be implemented in 21 upazilas across the country as a pilot project.
‘We have observed very keenly and found that the assistance given by MoWCA was not sufficient to reduce poverty of the VGD. So we have decided to give them money and training, so that they could be free from the vicious cycle of poverty,’ she said.