What is more agonising than the long tailbacks of the infamous traffic jams of Dhaka is the ‘darkness’ in which the residents of the capital usually remain about traffic conditions.
Recently, an interactive app called ‘Rastarobosta’ has been developed that will at least let Dhaka residents know about the traffic status. With this particular app, people can not only know the condition of the road, but can also take part in a collective knowledge sharing process to let other people know about the road conditions.
The app is a collaborative effort between makeIThappen and CyberGiant systems. The development of the app is the brainchild of Ahmed Abu Bakar of makeIThappen.
He said that he came up with the idea while he was stuck in traffic. “I was thinking if only I could manage some information about the condition of the road, I could have avoided the one with heavy traffic. From there came the idea of developing the app.”
He wanted to make it as an interactive app so that all can participate to share their knowledge about the condition of the road. “That’s why it is called Rastarobosta.”
Explaining about the application, Abu Bakar said that to use this smartphone-based app one needs to turn on the location service. “As soon as you do it, the GPS satellite will pinpoint your location on the map. In this case you will see a map of Dhaka city with all the roads in a grid format.”
He said there are several arrow signs the along roads on the map. Also you will see different colours along the road. These are colour-coded referencing of the conditions of that particular road. “The best part is as a user, you can also provide information about the condition of that particular road”. For that you just need to touch the arrow button and a new window will pop up with six different colours.”
The dark green one which says ‘Purai pinik’ means the road is clear and good to go, the bottle green which says ‘Chikon moja’ means little less clearer than the first one. Gradually it goes down to become ‘Motamuti’ (Light green), ‘Hudai Pera’ (Light orange), ‘Jotil Jontrona’ (Dark orange) and finally ‘Polti Mar’ (Red), which means the road is completely jam-packed and you should avoid that.
“Suppose you are on the Satmosjid road and you find that the traffic there is moderate. Now you want to go to Mirpur Road. When you open the ‘Rastarobosta’ app, you can see the condition of different roads connecting the Mirpur Road and the Satmosjid Road. The one which has being rated as the darkest among the green colours (with least traffic) should logically be your condition.”
He said one can only find information about that road if users like him rated that previously. “So you also need to add information to the system by rating the roads. That’s the principle of an interactive app like this.”
When asked whether people will be misguided by false information since this is an interactive app. “There might be a chance that someone will rate the roads wrongly as a prank,” Bakr said. “But with enough users and the calculations that are being used to process the data will get rid of outliers. I can’t reveal too much about that calculation, it’s a trade secret.”
Sheikh M Irfan, Director of Research and Development of CyberGiant said, when they heard about Abu Bakr’s idea,
they immediately thought of developing the app. 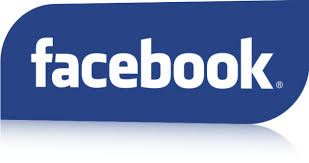