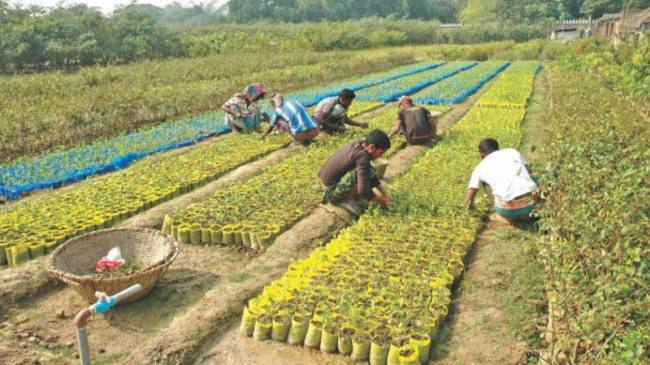 Around 5,000 families, both in rural and urban areas have changed their fortune through nursery farming purposing earning money and keeping environment fresh for living at their homestead and land with the assistance of different government departments and NGOs in Bogra district in all twelve upazilas from last few years.

Nursery farming has been expanding fast to win poverty and help the rural people, including women and unemployed youths, in achieving economic self-reliance side by side improving environment and ecology.

Forest office source said, “Around 2,00,300 people are now involved directly or indirectly with more than 15,00 private sector nurseries of different sizes in the area in all twelve upazilas when the government is trying to keep the environment clean and fresh for living.”

“The faster growth of the private sector nurseries has also been making the participatory social forestation programme successful under the assistance of various government departments and NGOs.” source added.

Farmers Yakub Ali under sadar upazila said that nursery business has been expanding fast in their area during the past 5 years bringing fortune to many people, including rural youths and women.

They have set up a glaring example as a means of survival by maintaining a nursery on their two acres of land with many varieties of saplings, including wood and fruit trees and medicinal plants at Jaroiy village.

Horticulture Specialist Shaduzzaman said, “Demand of saplings increases every year encouraging more people in setting up of newer nurseries at their lands and homesteads in the district for earning more money selling them to the growers.”

The nursery farming has already cast a positive impact on the rural economy in terms of poverty alleviation and women empowerment as well as improving environment in the district, he added. 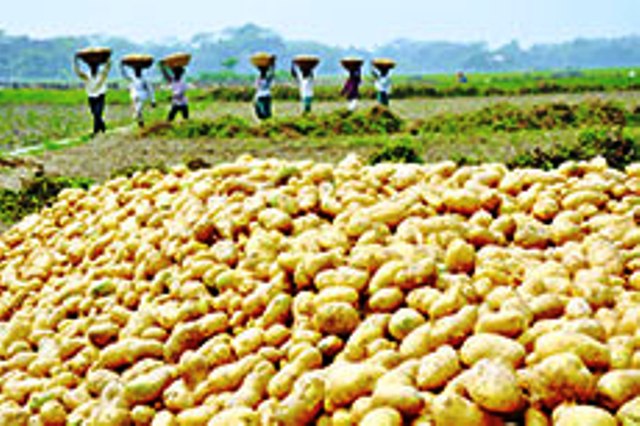 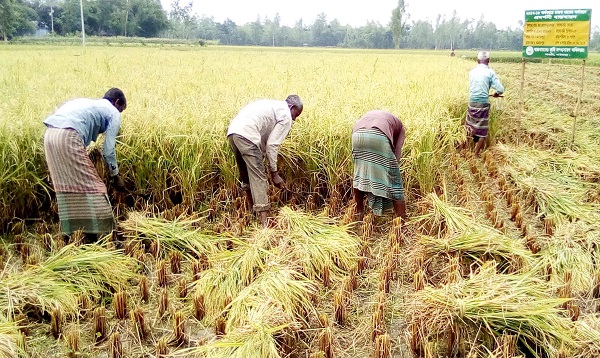