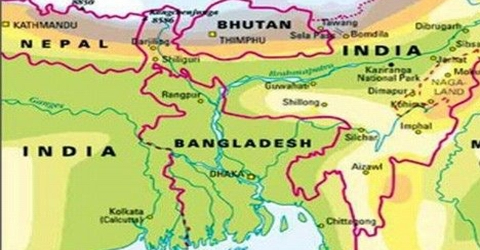 Sub-regional co-operation involving Bangladesh, India, Nepal and Bhutan should be viewed in a broader historical perspective. The period 2010-2015 has been the turning point with the visit of Prime Minister Sheikh Hasina to Delhi (January 2010), and visits of Prime Minister Manmohan Singh (August 2011) and Prime Minister Narendra Modi (June, 2015) to Dhaka. The high points in the process are:

* Unilateral decision of Prime Minister Sheikh Hasina not to allow the secessionists of India a place in Bangladesh and operate from our country. It conforms with our constitution and is a bold and informed decision;

* Removal of the irritants, i.e. the Land Boundary issue pending for nearly 68 years since the British had left and despite Mujib-Indira Agreement (1974);

* Intent for comprehensive co-operation embedded in the Joint Communiqué (January12, 2010), the Joint Statement (August, 2011) and the Joint Declaration (June, 2015) – at each step the scheme for cooperation got wider and deeper;

* Intent for inclusive cooperation embedded in the Framework Agreement for Cooperation for Development (FCD, 2011), which provides flexible instruments for Bhutan and Nepal to join any specific project or programme or subscribe to FCD.

India announced an additional commitment of US$2.0 billion concessional loan to Bangladesh. The total assistance since 2010 adds up to US$ 3.0 billion, including US$ 200 million grant and several other grant-financed projects outside bilateral assistance. Utilisation needs to be accelerated.

The following may be considered priorities for the programme of co-operation:

* Expeditious completion of multi-modal transportation connectivity structures and comprehensive trade facilitation, including in particular harmonisation of customs procedures and quality certification by the Bangladesh Standards and Testing Institution (BSTI) and the Bureau of Indian Standards (BIS) for export to India;

* Following Prime Minister Modi’s speech again, co-operation in textile, which includes jute, to make Bangladesh and India the leading manufacturers and exporters in the world. There are other potential areas for industrial cooperation which the entrepreneurs can identify;

* Co-operation in power and energy, including in particular joint financing and equity in hydro-power in Bhutan, India and Nepal. Joint financing or ownership should begin with Bangladesh and India, which gives credibility and legitimacy to the initiative;

* Co-operation in education and pursuit of scholarship imply further excellence and exploration in new areas, e.g., blue economy, and enhanced contribution to productivity.

SMALL-SCALE HYDRO-POWER, SOLAR POWER AND WIND POWER: Internal distribution of electricity from large-scale hydro-power projects is difficult in Bhutan and Nepal for topographical reasons. Small-scale hydro-power, solar power and wind power seem feasible and can overcome this difficulty. Both public and the private sector investors should consider investment in such projects alongside investment in large-scale projects. A government responds better to projects that deliver welfare to its own population.

AN INSPIRING MOMENT: “River should be considered as a human issue, not political or politicised” – observed Prime Minister Modi in his public speech. It was an inspiring moment. The life and culture of the people have grown centred on the river around which they live. Those who believe in the holiness of the Ganges also believe that it imparts holiness to the waters of all rivers. Those who live far away from the Ganges and cannot afford a visit perform their religious rites in the nearest river. Human intervention may not disrupt their life and belief but should enrich those further.

A KIND OF PROTO-CUSTOMS UNION AND MONETARY BLOC: Some special features of the economic relationship among the sub-regional countries deserve special mention. Bhutan, India and Nepal make up a kind of proto-customs union and monetary bloc: trade with Bhutan and with Nepal is at zero tariffs but without a common external tariff. Indian Rupee serves as the anchor currency for Ngultrum (1 IRS = 1 Ngultrum) and Nepalese Rupee (1 IRS = 0.42 NRS). Countries trading with Bhutan and Nepal have to move across Indian territory and face multiple tariff boundaries.

External trade of Bhutan (85-90 per cent) and Nepal (60-64 per cent) with India is large. Both these countries have large balance of payments deficit, India accounting for the largest share (Bhutan about 70 per cent, Nepal about 50 per cent).

TRADE GAP OF BANGLADESH: India accounts for over half (53 per cent in 2013-14) of the global trade gap of Bangladesh, despite the benefit of India’s global GSP (generalised system of preferences). There is no PTA/STA (preferential trade agreement/strategic trade authorization) with India. Trade is on MFN (most favoured nation) basis, and payment in international convertible currencies. The Trade Agreement serves as an anchor for transit agreement, which seems nugatory. Railway and Motor Vehicle Agreements – and now Coastal Shipping Agreement – stand on their own.

Sri Lanka also has substantial trade imbalance with India. The Indo SriLanka Free Trade Agreement (ISFTA), signed in 1998 and effective 2000 and which is based on non-reciprocity, granted Sri Lanka zero-tariff access to several goods. Export/import ratio declined after the agreement, but has since moved up. India makes substantial investment in Sri Lanka, ranking first in some years but 2nd to 4th in most years. There have been wide variations in both trade and foreign investment of Sri Lanka, attributable largely to the long civil war. Domestic stability and policy are important for investment – and so is the quality of policy administration.

INSTITUTIONAL AND POLICY CHANGES: The political will for co-operation has been demonstrated clearly and strongly. The administrative process for implementation needs to pick up further speed. However, in many cases the method and process of work have sneaked in from the past, lacking in clear strategic focus and direction. Procedural or technical issues often hold up progress, most of which are minor and melt away at appropriately informed intervention within the strategic framework.

In order to get out of the rusted box, the following institutional and policy changes may be considered:

* Allowing cross-border investment along with the broadest trade facilitation measures including in particular co-ordination of customs and tax procedural regimes and quality certification standards;

* JSCG should meet periodically and review the works of SEWGs, set tasks and time limits for them, and remove bottlenecks – i.e. require SEWGs to operate within the strategic framework laid down politically;

* Most importantly, setting up Joint Business Working Group (JBWG), comprising principally the private sector representatives interested in cross-border investment, which will identify sectoral priorities and regional location choices for investment. The governments may nominate members from JSCG for facilitating linkage between JBWG and with public investment programmes and regulatory regimes;

* Encouraging investment in infrastructure, which can promise guaranteed return if prices and regulatory authorities act conscientiously;

* Facilitating private investment which can enlarge total investment and accelerate removal of investment barriers, both infrastructural and regulatory;

* Completing urgently award and development of land in Special Economic Zones (SEZs) at Mongla and Bheramara given to India for investment together with development of transportation links;

* Improving maintenance and performance of Mongla Port and completing urgently Khulna-Mongla-Benapole Rail Link, Mongla-Benapole Road Connection, and construction of regional airport at Mongla within the next three years – steps to realise benefits of the growth point created by the Friendship Power Plant and allocation of land in Mongla SEZ;

* For cooperation in skill and entrepreneurship development as well as in education and scholarly excellence, improving efficiency of procedures for temporary migration and employment of professionals;

* JSCG shall report to Joint Consultative Commission (JCC) which will assess overall progress of cooperation, suggest feasible concrete improvements, and record dissatisfaction of either party in line with FCD.

MAKING THE MARKET IN INDIA MORE COMPETITIVE: India is expected to open up further for trade and FDI (foreign direct investment), making the market in India more competitive. The relatively small economies in the region will benefit from access to the larger sub-regional market, India being the largest one, in terms of scale and scope, according to New Trade Theory which links international trade with farm size. Gulliver Effect should be turned to advantage by responsive liberalisation and cross-border investment.

PRODUCT DIVERSIFICATION: Bangladesh needs to develop production – more importantly, product diversification – if it were to retain the present global market share and enter a new market. It can face competition in the Indian market, given its large RMG (readymade garment) export to the USA despite high duty relative to other exporting countries. Dependence on RMG is already too high, which makes product diversification imperative. The policy should shift proactively to diversification, not only responsive to strength of lobbying.

THE PROBLEMs OF NES: The North-Eastern States (NES) are a curse left by the British colonialism, worsened by perverse politics since the assassination of Bangabandhu Sheikh Mujibur Rahman on August 15, 1975. In a strict sense, these are not land-locked countries, but landlocked regions of a country. The NES have more convenient access to the ports of Bangladesh than to the ports of India. The colonial determination is not the last word; independent and sovereign, we can find our own solutions. The Ganges Water Sharing Treaty and the Chittagong Hill Tract Peace Accord show the way.

The aggregate GDP of NES is about 3.0 per cent of India’s national GDP; at import-GDP ratio of 1.20-1.25, import into NES is about 1.0 per cent of India’s total import. Much more is supplied from ‘Rest-of-India’. Transportation through Bangladesh can raise overall supply to NES and revenue from transit. In fact, the volume has got smaller over time largely owing to shrinkage of navigable routes, and to some extent opaque policy.

RATIONALISING PRICING: Appropriate pricing is crucial. For river routes, the practice so far has been (a) charges at pre-determined national rates for specific services paid by the individual operators and (b) a lump sum payment annually by the user State Government. The latter is considered cost for maintenance of the protocol routes which is obviously wrong and an impediment to logical thinking. The lump sum amount should be re-designated as a contractual payment for right of passage which would be renewed periodically. The service charges would be determined following the current procedure.

Railway follows ‘paid-to-pay’ pricing procedure which is simple, rational and has stood the test of time. For cross-border movement, each Railway System charges goods at national rates. Incidentally, Pigou’s Economics of Welfare has a fairly long discussion on how to fix railway freight for goods, on which freight determination has drawn since the establishment of the railway services in the subcontinent. Freight determination is based on marginal pricing rule, social welfare, and guaranteed minimum return to the bond-holders.

Railway is the largest and oldest engineering infrastructure in the subcontinent, and an instance of PPP (public-private partnership), preceding by more than a hundred years before we started singing about the model but failing to conceptualise clearly and implement it. The basic decision rules are contained in fiscal and welfare economics.

Marginal pricing principle should be adhered to as far as it can be determined with reasonable accuracy, with some adjustment for the accuracy-gap. GATT/WTO honour marginal pricing principle wherever it has to deal with price in the absence of a market with a view to facilitating trade. Contestable market possibilities and the fragility of strategic pricing may not be ignored.

In bare-bone simple terms, contestable market hypothesis posits that monopoly or oligopoly cannot last forever if there is the possibility of development of competitive market. For example, river routes or sea routes have monopoly because it is costly to create another river or sea. The Suez Canal and the Panama Canal defy that assumption. OPEC (Organisation of the Petroleum Exporting countries) has been the strongest and longest surviving global oligopoly in recent history. New technologies and new sources have diminished its power, and energy price is coming down.

I have been coordinating the sub-regional coordination agenda as well as utilisation of the concessional loan since the Joint Communiqué was signed in 2010. From my experience, I believe that the agenda of sub-regional cooperation has passed the stage of preparation and the need now is to focus on implementation. It is an eminently doable scheme of cooperation provided the countries adopted appropriate policies and institutions. 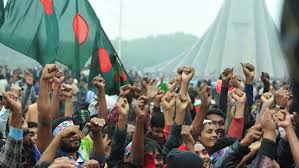