State Minister for Health and Family Welfare Zahid Maleq here yesterday said tuberculosis is curable and simple treatment systems for the disease now have reached at the doorsteps of people, reports BSS from Khulna. Terming setting up a new laboratory at the TB hospital in Khulna a milestone, he said that the modern lab at a cost of Tk 8 crore, will play a vital role for detecting TB in Khulna region. He was addressing as chief guest at a hotel of the city during the inauguration ceremony of a newly constructed laboratory for detecting TB at the TB hospital. Earlier, the Minister inaugurated the Regional TB Reference Laboratory (RTRL) at TB hospital in Mirerdanga area of the city. With technical support and financed by the secondary project of TB care and USAID the Lab was set up under the National TB controlling Programme (NTCP). A healthy nation can make a develop country and serving people is one of the conditions of ensuring develop healthcare, the minister said, adding that average life span has increased across the country under the leadership of the Prime Minister Sheikh Hasina. He said country’s mortality rate has been reduced but it has n’t achieved the target goal, so everybody should take initiative for building awareness among the people. The Minister said that the government is working relentlessly for ensuring healthcare of masses side by side enhancing bed at public hospitals so that nobody would die without treatment. He also asked doctors, nurses and staffs of all government hospitals to be present regularly at their workplaces, to keep treatment-friendly environment and not to prescribe medicines to the patients buying from outside if the selected medicine is kept at hospital. Chaired by the Line Director (TB-Leprosy) of NTCP Dr Mozammel Haq, Director General of Department of health Professor Dr Din Mohammad Nurul Haq, Mayor of Khulna City Corporation (KCC) Moniruzzaman Mony, Administrator of Khulna District Council Sheikh Harun-ur-Rashid and President of BMA Dr Sheikh Baharul Alam addressed the function as special guests. 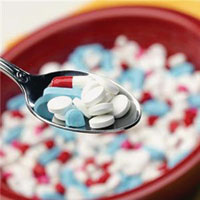