At midnight tonight, when almost the whole of Bangladesh and India will be asleep, thousands of enclave people will proudly step into freedom after almost 70 years of uncertain stateless life.
At one minute past midnight today (Friday), some 52,000 residents along the border will light candles and celebrate their long cherished freedom.
This historic event will take place as Bangladesh and India will swap 162 enclaves in pursuance of the formalisation of the Land Boundary Agreement (LBA) between the two countries. The LBA was signed between the then Prime Ministers of the two countries Bangabandhu Sheikh Mujibur Rahman and Srimati Indira Gandhi in 1974 and the instrument was inked and exchange of letters was made by incumbent PMs Sheikh Hasina and Narendra Modi on June 6 for the implementation of the agreement and the protocol. Accordingly, the exchange of enclaves is coming into force at midnight tonight.
Consequently, 111 enclaves of India in Bangladesh will join this country (Bangladesh), but 979 inhabitants of the total 40,470 will return to India. India will get 51 enclaves in Bangladesh while 14,000 inhabitants will return to Bangladesh. In other words, tonight is the night for formal freedom of 52,000 people who spent confined life in enclaves inside the mainland of the other country. The residents of both the countries will get the citizenship according to their choice and the opportunity to stay at the places they have been living.
From tonight the name ‘enclaves’ will effectively cease to exist, as each country will assume sovereignty over all the former enclaves in its territory.
According to agency report, with the land swapping just hours away, excitement runs high in the enclaves, with villagers holding feasts, rehearsing the national anthem and preparing for celebrations including traditional games.
“It’s like Eid day here. It’s like a new found freedom,” Rabiul Alam, who lives in the Indian enclave of Dahala Khagrabari, some 400 kilometres north of Dhaka, told AFP.
One of the weirdest enclaves, Dahala Khagrabari situated in Bangladesh’s northernmost district of Panchagarh, is surrounded by a larger Bangladeshi enclave, which is circled by an even bigger Indian one.
“For an outsider, it is difficult to know who is a Bangladeshi or who is an Indian here. Even we get confused. Only some concrete pillars mark which part is Bangladesh and which is India,” Alam said.
The enclaves date back to ownership arrangements made centuries ago between local princes. Local legends say the enclaves were the result of 18th-century chess games by two competing princes.
The parcels of land survived partition of the subcontinent in 1947 after the British rule and Bangladesh’s 1971 War of Liberation from Pakistan.
Bangladesh endorsed a deal with India in 1974 in a bid to dissolve the pockets, but a souring of ties in the next few decades meant India only signed a final agreement in June during a visit to Dhaka by PM Narendra Modi, keen to strengthen regional ties.
Modi has compared the agreement to the dismantling of the Berlin Wall, while his counterpart Sheikh Hasina says a humanitarian issue has come to a peaceful end.
“For decades we lived in these enclaves without any government. There was no school, no clinic, no stipends or food aid for widows or the old,” said Naresh Chandra Barman, who has chosen to become a Bangladesh citizen.
Officials of both nations this month conducted surveys, asking residents to choose a country.
“The overwhelming majority of people living in Indian enclaves in Bangladesh opted for Bangladeshi citizenship.”
But nearly 1,000 people on the Bangladesh side opted to keep their Indian nationalities, meaning they will leave their homes—and for some of their relatives—for India where they will be resettled by the state of West Bengal. 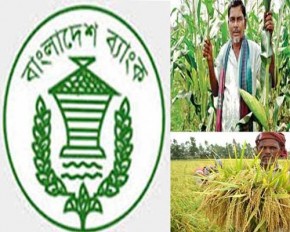