Bangladesh outweighs a disaster-induced slowdown in Nepal, and by 7.6% in 2016, the bank said in its 2015 outlook supplement released yesterday.

The latest official estimates for economic growth in Bangladesh in FY2015 see growth coming in at 6.5% for the year, outperforming the 6.1% recorded in FY2014, it said.

“These developments in Bangladesh come on the back of stronger performance by industries serving the domestic market, supported in turn by healthy remittance inflows. Investment growth also contributed, with public investment rising strongly.”

In March this year, ADB in its forecast had said the GDP (gross domestic product) growth for FY2015 would be 6.1%, which is lower than the growth of official estimation.

For other countries in the region, the ADB’s supplement said developments in other South Asian economies have been mixed.

India’s growth forecasts remain at 7.8% for this fiscal year and 8.2% for next, supported by a healthy monsoon and new investment – and assuming concrete progress on reform, it said.

are retained as each economy stays its course, the bank said.

In Nepal, it said, the catastrophic earthquake in April caused widespread destruction in the capital and to other infrastructure, severely disrupting economic activity and substantially hobbling growth prospects.

In India, inflation remains low, suggesting that the recent uptick in activity has not yet been enough to take up the slack persisting in the Indian economy for many years, the supplement said.

It said muted hikes in rural wages and minimum support prices and a healthy monsoon would help rein in food inflation, while low crude oil prices globally bode well for fuel inflation as diesel and gasoline prices have both been deregulated.

Growth projections for developing Asia are revised down from those published in Asian Development Outlook 2015 in March, as slower-than-expected recovery in the United States and moderating growth in China, the bank said.

Growth in East Asia is still seen as subdued with lower-than-forecast output across the region. China’s growth is seen moderating to 7% this year and 6.8% in 2016 compared to March estimates of 7.2% and 7%, it said.

The growth outlook in Southeast Asia is trimmed to 4.6% in 2015 because outcomes in the first half of the year in Indonesia, Singapore, and Thailand disappointed expectations. Sub-regional growth will likely accelerate next year to 5.1%, the ADB said. 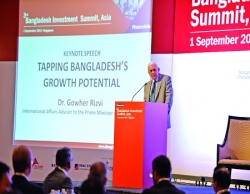 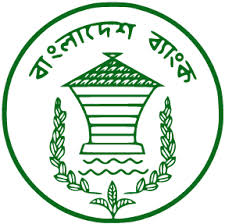