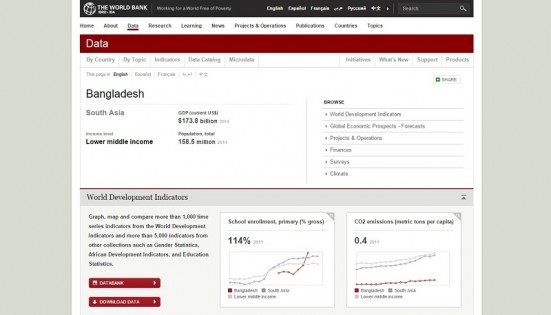 Bangladesh has achieved the status of lower- middle income country as per the World Bank classification in consideration of the Gross National Income (GNI), but its recognition as such by the United Nations (UN) is awaited.

The World Bank said, Bangladesh has become a lower-middle income country as its GNI per capita reached $1,310, exceeding the minimum GNI income threshold of $1,046 for graduating from the LDC category.

Kenya, Myanmar and Tajikistan have also joined the league of lower-middle income countries with per capita incomes between $1,046 and $4,125.

The WB released its report on income classification on July 1.

The GNI is a broad-based measure of income generated by a nation’s residents from international and domestic activities. GNI per capita measures the average amount of resources available to persons residing in a given economy and reflects the average economic well-being of the population.

People living in low-income countries continue to fall behind those in the upper per capita GNI brackets, while they earn and consume significantly less than much of the world’s population. Malawi has the world’s lowest reported GNI per capita at $250, while Monaco has the highest, at more than $100,000 – more than 400 times more per person on average than Malawi. In 1990, Malawi’s GNI per capita was $180 – in 24 years its average per-capita income has increased by just $70. In the same period, Norway, one of the world’s wealthiest countries, has seen its per capita income increase from $26,010 to $103,050, an increase of $77,040.

According to the World Bank, Bangladesh has graduated from lower income country to the status of lower-middle income country and is placed in the list of 51 such countries including India, Pakistan, Sri Lanka and Vietnam.

It was for the first time that Bangladesh achieved such recognition from an international body, although the government policymakers had been speaking of possible graduation to the rank of middle income country. The World Bank recognition has brightened the image of Bangladesh in the international arena.

Meanwhile, Finance Minister AMA Muhith said in the capital on Thursday that Bangladesh needs another three to four years to achieve the middle-income status and the country will continue to enjoy the facilities of a LDC nation till then.

Expressing joy over Bangladesh’s success in achieving the lower-middle income status as per the latest income classification of the World Bank, Muhith said Bangladesh stayed in the LDC category for the last 40 years and coming out of that position is really a matter of joy and such recognition will boost the nation’s confidence.

“We did not tell anything to the World Bank in this regard, they have given this recognition on the basis of their estimates and it’s really satisfactory,” he added.

In replay to a query, he said though the World Bank has upgraded Bangladesh to a lower-middle income nation, the final recognition will come from the UN.”

With inputs from Abul Kashem and Arifur Rahman.