With a view to reaching out services to doorsteps of the common people, the government plans raising the number of administrative divisions to 10 from the existing seven.
To this end, Prime Minister Sheikh Hasina on Monday gave a directive to the Cabinet Division to examine the feasibility and utility of the establishment of three more administrative divisions–one comprising the districts of greater Mymensingh, one comprising the districts of greater Faridpur and the other comprising the districts of greater Comilla and some districts of greater Noakhali.
The directive came Monday at the regular Cabinet meeting at the Secretariat. Prime Minister Sheikh Hasina chaired the meeting.
"Necessary actions for formation of a new administrative division in greater Mymensingh will be taken as per the Prime Minister’s directive in first phase. The issue of establishing two other divisions will be considered later," Cabinet Secretary M Musharraf Hossain Bhuiyan told reporters after the meeting.
Bhuiyan said the Cabinet Division will now form an inter-ministerial committee to prepare its recommendations after examining the feasibility of three more administrative divisions,
"When the committee submits its recommendations, those  would be sent to the National Implementation Committee on Administrative Reforms (NICAR) for final decision after getting approval of the Prime Minister. It may take some time," he added.
He said the initiative of establishing the new divisions has been taken to decentralise power.
At present, it is so tough for a division level officer to monitor a division with 17 districts. Such a large number of districts will be broken to form new divisions.
State Minister for Labour and Employment Mujibul Haque Chunnu told the Daily Observer that he along with Local Government Minister Syed Ashraful Islam strongly opposed the proposal of including Kishoreganj district with the proposed Mymensingh division.
"President Abdul Hamid, an inhabitant of the district, also does not want to include the district with the division as Kishoreganj is very much closed to Dhaka. We have no necessity to go to Mymensingh. We have conveyed the message to the PM," he added.
He also said that Agriculture Minister Matia Chowdhury opposed the proposal of including Sherpur with it also. The residents of Tangail, which is also very much closed with Dhaka, are also opposing the proposal.
Despite the differences, Mymensingh Division will be formed soon comprising Sherpur, Jamalpur, Netrokona and Mymensingh districts. Tangail and Kishorganj districts may remain with Dhaka Division, Chunnu added. – See more at: http://www.observerbd.com/2015/01/27/69015.php#sthash.NvWQDxck.dpuf 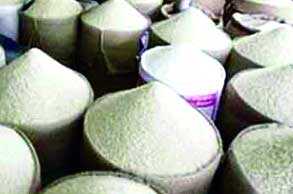