DHAKA, June 4, 2014 (BSS) -Bangladesh has been elected a deputy member of the governing body of the International Labour Organization (ILO) for the period of 2014-2017 after a gap of three years.
The election is the recognition of Bangladesh’s close working relations with the ILO, which has been further intensified in the
aftermath of the Rana Plaza tragedy towards far-reaching labour
sector reform, especially in the RMG sector.
ILO is providing technical assistance to Bangladesh under its flagship Better Work Programme, aimed at further promoting collective bargaining and improving decent work conditions in the RMG industry.
The voting took place during the ongoing 103rd session of the International Labour Conference (ILC) in Geneva on Monday. Bangladesh received 234 votes in the election. Labour and Employment Secretary Mikail Shipar was present during the voting, said a Foreign Ministry press release.
As ILO’s executive body, the governing body takes decisions on ILO’s policies and its programme and budget, and also elects the Director General.
Bangladesh’s membership in the ILO governing body would allow it to reflect its labour market concerns and priorities in agenda setting for ILO’s work.
It will also allow Bangladesh to share its good practices concerning labour law implementation, tripartite consultative mechanism, social protection schemes, promotion of migrant workers’ rights and ‘greener jobs’ creation on a sustainable basis, among other issues. 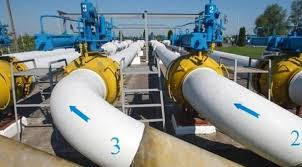