Country’s hunger condition stays “serious” as defined by the index

Bangladesh moves 10 steps up in the Global Hunger Index this year to the 58th position from the 68th in 2012, reports UNB.

But the country’s hunger condition stays “serious” as defined by the index.

GHI combines three indicators –undernourishment, child underweight and child mortality — to count the scores, and rank countries on a 100-point scale in which zero is the best score (no hunger) and 100 the worst.

The GHI report shows Bangladesh among the top 10 countries to have significant improvement in the hunger status since 1990, but remains at a level characterised as “serious” with the score 19.4.

“Some countries achieved noteworthy absolute progress in improving their GHI scores. Comparing the 1990 GHI and the 2013 GHI, Angola, Bangladesh, Cambodia, Ethiopia, Ghana, Malawi, Niger, Rwanda, Thailand, and Vietnam saw the largest improvements – with decreases in their scores ranging between 15 and 23 points,” the report says.

In the forward, the authors of the report also noted that the world has made some progress in reducing hunger since the early 1990s.

“If the recent slowdown can be reversed, the Millennium Development Goal target of halving the share of hungry people in the world between 1990 and 2015 may be within reach,” they stated in the forward.

Resilience has been picked as the central theme of this year’s GHI Report. It emphasised building stronger resilience of the poor against short-time climatic shocks.

The GHI Report in 2012 also showed serious concerns about the unplanned use of land, water and energy which may have greater bearings on the global poverty situation.

The launching event of the GHI 2013 will be held at the IFPRI headquarters in Washington, DC in the United States on October 18. 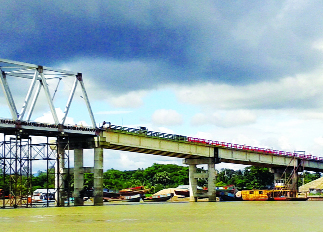