A Bangladeshi at top speed

Born and raised in Dhaka, Tushar’s love affair with cars and speed started at an early age.  During the 2002 Grand Prix season at Silverstone, the legendary Ferrari driver Michael Schumacher became the champion of British Grand Prix by beating his other Ferrari team-mates, Rubens Barrichello and Juan Pablo Montoya, motivating Tushar to participate in the formula series racing. Tushar’s first impression of driving came when he was only 13 years old, where he was asked by his father to park their car safely near his grandfather’s residence in Gazipur. He is a natural when it comes to driving. He learnt to manipulate the vehicle by seeing how his driver manoeuvred it earlier.
Being the son of a pious Muslim, Tushar spent about nine years of his childhood studying at a city madrasah, from where he completed his Dakhil (SSC equivalent) in 2006. “Though I had spent years abiding by the strict rules of madrasah, I managed to find ways to stay in close touch with cars and the racing world,” Tushar said while narrating his experience. He later joined Dhaka Polytechnic Institute to obtain a Diploma in Automobile Engineering. He completed his graduation in 2011.
His pursuit for Formula Series racing began in 2007, when he came back from the World Cyber Games Championship empty handed. That is when he took a vow to become a Racing Legend. He went to the Google search engine and searched for “Formula series racing near Bangladesh.” Much to his delight there was a racing track situated in the provinces of Tamil Nadu. He jumped on the case and set off for India. But his happiness was short-lived when he figured out that the race track had been re-located to a new spot. However, Tushar didn’t give up just yet.
Perhaps close proximity to the inner demands and an attraction as pervasive motor racing, was what kept Tushar going.  He participated in monthly Go-Kart racing, which took place in Fantasy Kingdom near Ashulia. In 2010, he became the second runner up for the competition and that was only the beginning. In 2011, he became the “Speed Racing Go-Kart Track Master” champion. Tushar stood first amongst 300 other participants from throughout the country. Fuelled by his recent victory, Tushar decided to look for another shot at his dream of becoming a Formula 1 driver. He repeated the same search process on Google. The results returned with “16 JK Tyre National Formula racing in India by FMSCI.” This led Tushar to the FMSCI website.
Like many other young talents, Tushar had to overcome obstacles in his journey. 2012 was a year of calling for him; he obtained the necessary training and passed the qualifying round held in Chennai for the Formula 4 competition, but due to a shortage of funds, he could not participate in the expensive racing event the same year. His affection for motor racing faced a massive blow to the face yet again.  Nevertheless, this did not discourage Tushar from trying harder and making it happen for himself.
2013 became the year when everything changed for Tushar. A local company stepped forward to sponsor him.  Tushar flew to India to attend the Formula 4 competition titled 17th JK Tyre FMSCI Racing Championship-2013, which took place at the Kari Motor Speedway, Chennai, from July 19-21. Tushar competed against 23 racers and represented Madras Motor Sports Club. He finished in 11th position overall.
Formula 4 is a platform which helps drivers aiming for the upper tiers like F2 and F3 to gain experience. Initially organised in England, it is now being held in a few countries including India, Malaysia and Singapore. It is an introductory stage for Formula 1, the most expensive motor racing event. Only a handful of qualified racers from F4 can participate in F3 and following the same line of action, one can step up to enter F2. Only the top three winners of an F2 competition are eligible to take part in F1.
This Bangladeshi racer is determined to bring back glory to his country through participating in the upcoming events. He hopes to make it to the prestigious Formula 1 championship within the next five to six years. Subsequently, he wants to establish a motor racing association in Bangladesh, which would come in handy for training aspirant racers. He anticipates that with time, the government and other private organisations will also become interested in holding motor racing competitions in Bangladesh. “Narain Karthikeyan is the first Indian F1 racer and the main reason behind F1 taking place in India. I wish to see the same happen in my country soon,” says Tushar keeping his fingers crossed. source 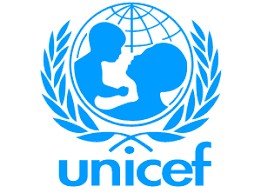