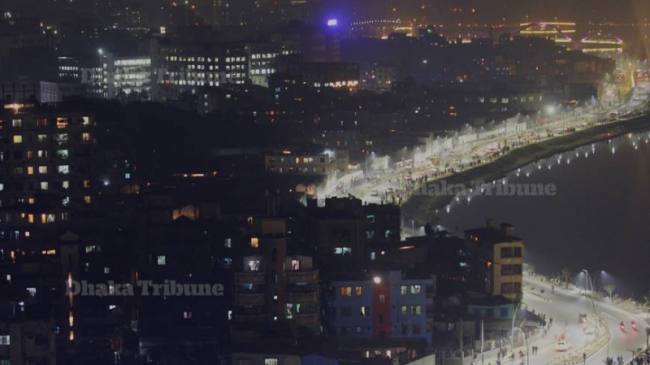 Bangladesh has been making steady progress and now it is the world’s second largest garments and apparel exporters next to China. In fact, in last few years when many economies including Ireland, Greece, Canada and USA were experiencing hardships and declining GDP growth rates, Bangladesh in spite of calamities, resource constraints, high population density, speculative food and fuel price hikes, and global financial crises maintained over 6% GDP growth rate per annum for the last 4 years.

Its no wonder credit rating agencies like Moody’s, JP Morgan, Standard & Poor enhanced its rating as one of the top in Asia and Goldman Sachs believed it to be among the next 11 (N-11) emerging economies, which are: Indonesia, South Korea, Mexico, Turkey, Bangladesh, Egypt, Nigeria, Iran, Pakistan, Vietnam, and the Philippines. The Wall Street Journal (May 4, 2012) termed it as “South Asia’s standard bearer: former ‘basket case’ is more moderate on religion and more pragmatic on development than its peers,” while the Economist (Nov 3-9, 2012) observed, “Bangladesh has made extraordinary improvements in almost every indicator of human welfare”. It further stated, “the government embarked upon a programme of voluntary family planning and it was stunningly successful’. Therefore, it remarks ‘the most important of the country’s achievements can serve as a model for others’.

No wonder UN Secretary General Ban Ki-moon, who visited Bangladesh in 2011, called it a “model of economic development” as it reached or was on target to reaching most of the MDG goals. Our disaster management preparedness program is a success story—in 1970 nearly half a million people perished owing to a devastating cyclone, but in 1998, the death toll fell to 139,000 and in 2007 in the similarly devastating Cyclone Sidr, less than 4,000 died due to improved disaster preparedness program. The community-based programs and lessons learned are replicable in other countries to avert deaths. Nevertheless, although deaths could be reduced through this innovative method, more is needed to reduce destruction and loss of property.

Bangladesh’s strength is education and innovation

The strengths behind Bangladesh’s success are many; for example, popular empowerment and innovation, reinforcing collaboration between government and NGOs, and more importantly, emphasis on women’s education. Its innovative Oral Rehydration solutions (ORS) by ICDDR,B saved millions from cholera and diarrheal diseases, its microcredit and its community healthcare programs tried to empower women and create jobs and the peoples’ empowerment program by Sheikh Hasina gave people a voice and effective participation in governance to achieve their goals. Bangladeshi prime minister Sheikh Hasina has committed her life to achieve “Boot and Bhaat” for her people – establishing “voting rights” and “right to food” and she believes “if you educate a man, you educate one individual, and if you educate a female, you educate a family and a society.”

The New York Times columnist, Nicholas Kristoff observed “since 9/11 the United States has spent $15 billion in Pakistan mostly on military support and today Pakistan is more unstable than ever. In contrast, Bangladesh, which until 1971 was a part of Pakistan, has focused on education in a way that Pakistan never did. Bangladesh now has more girls in high school than boys. In contrast, only 3 percent of Pakistani women in tribal areas are literate. Those educated Bangladeshi women joined the labor force, laying the foundation for a garment industry and working in civil society groups like BRAC and Grameen Bank. That led to a virtuous spiral of development, jobs, lower birth rates, education and stability. That’s one reason AL Qaeda is holed up in Pakistan, not in Bangladesh and it’s a reminder that education can transform societies” (October 29, 2009, New York Times). He further adds, “If there’s another terror attack on the US it may be planned in those tribal areas (of Pakistan) but almost certainly not in Bangladesh” (March 3, 2010, New York Times).

Until December 1971, Pakistan was one country with two wings; East Pakistan (currently Bangladesh) ad West Pakistan separated by nearly 1,000 miles apart and their uniting bond was religion Islam. As economic, social and political discrimination over the majority East Pakistanis (then East Pakistan had 56% population, West had 44%) was perpetuated and disparity and deprivation became a norm, the marriage between East and West Pakistan did not last and on December 16, 1971, after nearly 25 years of an unhappy marriage, Bangladesh emerged as an independent state through a bloody liberation war in which nearly 3 million died, 10 million had to take shelter in neighboring India, 30 million were internally displaced and over 250,000 young women and girls were raped or dishonoured. If seven-interlinked issues of UN’s peoples’ empowerment resolution of the such as “discrimination,” “exclusion,” “poverty eradication” etc are not attended to, such may create instability and violence in countries. The history of many of the current post-conflict countries bears testimony to this reality.

Basket case to a rising star

During the period 1969-72 prior to the independence of Bangladesh, macroeconomic indicators of the then East Pakistan was very poor because of political unrest and of course, war with the occupation forces. Then GDP growth rate was (-) 5.4%, inflation was 9.4%, agricultural growth rate which was its main growth component was (-) 5.1% and manufacturing growth rate was (-) 27.6% and such were the worst in its recorded history. However, things steadily improved dispelling the notion that Bangladesh was a “basket case” with no hope of survival. In terms of GDP growth rate, it averaged 6.3% in 2009-12 in spite of global financial crises. Compared to its average GDP growth rate of 3.2% during 1975-90, it almost doubled. Its exports, its agricultural and manufacturing growth rates also increased by 19.3%, 4.35%, and 8.63% respectively during 2009-12 and they exceeded past records. This is mainly due to leadership commitment, sustained efforts, targeted approaches and more importantly, the dynamism of Bangladeshi people. While its population has increased from 75 million to over 150m since 1971, it has doubled its fish production and increased its food production by 3.5 times nearly achieving self-sufficiency in food.
In the area of birth control, Bangladesh is a stunning success. It reduced its population growth rate by more than half from 2.98% to 1.32% without any mandatory programs, unlike its neighbours China and India, mainly through public awareness, education and women empowerment.

Table 2 shows that since 2009 the GDP growth rates in developed countries have been very low owing to financial crisis. The good news is, in spite of such a crisis, the growth rates in developing countries, especially in East and South Asia, have been very good and Bangladesh has also shown its resilience. During 2009, the GDP growth rate of developed countries declined by 4.0% and that of the World by 2.4%. It declined in major economies, for example, in USA, Japan, and the EU, by 3.5%, 6.3%, and 4.3% respectively in 2009, but in contrast, it increased by 5.7% in Bangladesh during the same year. It maintained a GDP growth rate of over 6% from 2010 to 2012.

The courage to face challenges

The current government is committed to help improve the economy and one of the main bottlenecks was acute shortage of energy both electricity and gas. Therefore, it picked up this sector as one of its thrust sectors.
It took difficult decisions like “quick rental” amidst a barrage of criticism. However, the end result is spectacular. It doubled its total electricity generation. During 37 years of its independence, from 1971 to 2008 the cumulative total electricity generation was 3268 MW. By 2012, through a varieties of programs- “immediate” (stopping system loss, renovation of old and dilapidated ones), “short-term” (installed 47 quick rental power plants that became costly), “medium term” and “long-term” projects, the total power generation increased to 6475 MW, or double. These efforts helped to ease out “load shedding,” which caused public suffering and resentment, and also a production loss in factories. Thus, the situation has improved significantly.
In addition to electricity generation, it also increased the gas supply from a cumulative total of 1750 million cft to 2250 million cft, a net 500m cft of gas in 4 years – reaffirming the old-age maxim that “where there is will there is a way.” The dramatic increase of industrial exports from $6 billion to $24 billion is partly due to the improvement in energy supplies.
In order to achieve its targets, the Awami League government has increased its total development outlay by more than double. For example, the total annual development program outlay (ADP) which was Tk230,000,000 in 2008 has been increased to Tk550,000,000 by 2012. Its revenue earnings doubled from Tk4.7tn in 2008 to Tk 947.54bn by 2012. Its foreign reserve also increased from $2.93bn in 2005 to $14.1bn in 2012. These development activities helped increase the national per capita income from $476 in 2008 to $848 per annum. In fact, there has been noticeable growth during the last four years vis-a-vis that of the BNP government’s four years, as indicated in table 3.
For example, average foreign reserve increased by 433%, total foreign remittance by 353% and exports by 279%, not a mean achievement.

This development is visible all across the country. Nowadays, day labourers are hard to get at low wage rates, even in rural areas, as most of the people are engaged in some form of job or economic activity. Gone are the days of “monga” or famine when people, mostly in the northern part of Bangladesh, used to face virtual starvation.
Gone are the days of middlemen that used to exploit poor farmers in the distribution of subsidised agricultural inputs like fertiliser, water, seeds, energy and the like. Nowadays farmers get such benefits directly from the government and banks. The creation of accounts for millions of small farmers and establishment of 4,501 union information service centers that provide nearly 400 different types of services to citizens have not only improved services and transparency but also reduced incidence of corruption. When the government will fully implement its program of digitisation of land records, much of the social problems and corruption will be further reduced. The process has started but it still needs to be manned by technically qualified, efficient and committed service providers. 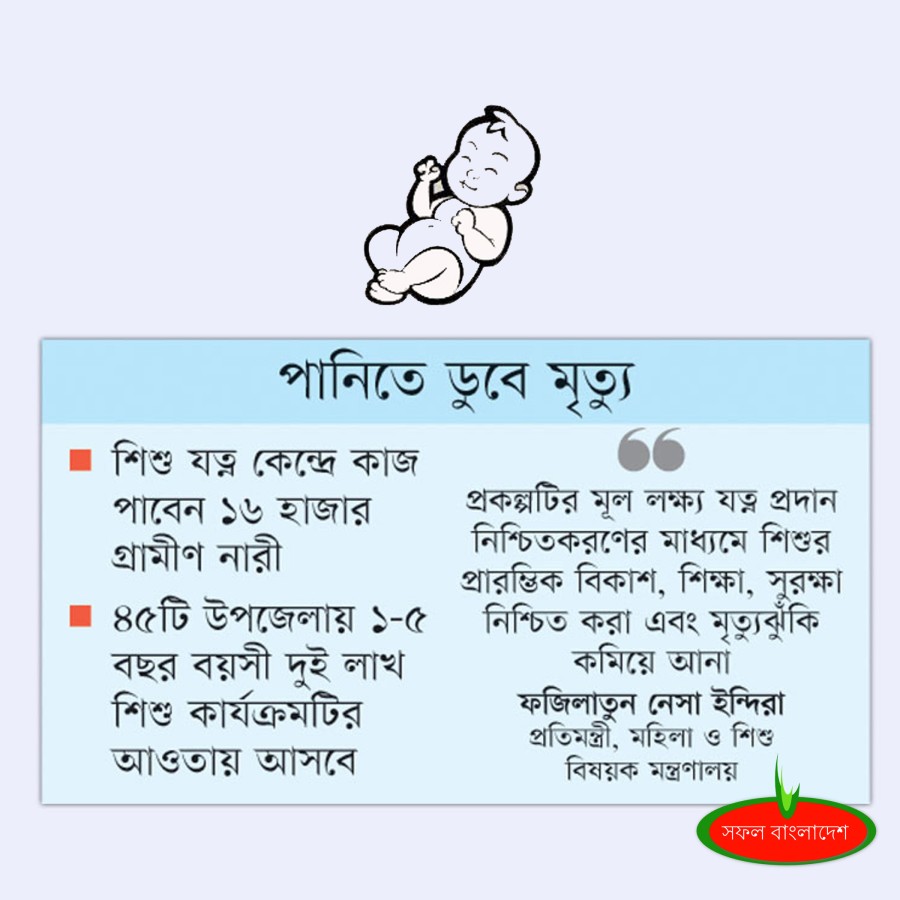 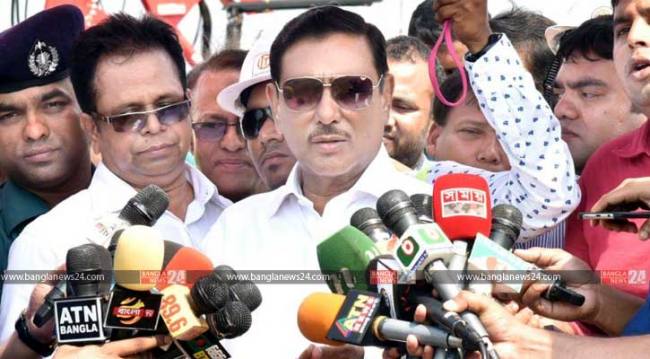