Retaining its position as the 2nd largest RMG exporter

Bangladesh enters 2013 with a firm footing as the world’s second largest garment exporter, raising hopes for a new wave of business despite turbulent times in parts of the globe.

The World Trade Organisation declared Bangladesh as the second largest RMG exporter after China in 2010-11 when the country’s export grew 43.36 percent year on year to $15.66 billion in spite of global recession in 2007-2008.

Bangladesh retained its position in the following fiscal 2011-12 by exporting garments worth $19.09 billion. And the outlook for the current fiscal is set to exceed $20 billion.

According to McKinsey & Company, an international management consulting firm, Bangladesh‘s apparel exports will reach $36 billion by 2020.

Some key market players believe that the country’s potentials are even greater.

But all these prospects appear to have been shaken by one fire tragedy in late November at Tazreen Fashions Ltd, where 112 workers were killed. This single incident exposed inadequate fire safety and poor working conditions that still exist in many factories.

The incident was widely covered worldwide mainly because of Bangladesh‘s position as the number two apparel exporter. The buyers are now pressing factory owners to improve working conditions, hike wages of workers, and ensure labour rights and other compliance issues.

The apparel sector may face some hurdles this year unless the issues of proper working environment, better wages and labour rights are resolved.

Exporters here still remain hostage to large-scale buyers, who always try to pay the lowest possible rate for apparel items. The garment makers need to persuade these buyers to pay more so that they can address the compliance issues at home.

Several factors such as availability of cheap labour, quota facility, cash incentives against export and entrepreneurial skills have helped the RMG sector grow since the country’s entry into the global market. Bangladesh enjoyed quota-free status till 1985.

Following the imposition of quota restriction by the USA and the EU, Bangladesh with enough manpower utilised its allocated quota to the full compared to neighbouring India, Pakistan, Sri Lanka and Nepal.

Now, Bangladesh is not only a supplier of basic garment, but also a major destination for high-end apparel items.

The primary textile sector also saw a wave of investments for increasing demands for fabrics.

It took three decades of hard work for the country’s garment sector to achieve its position today.

The journey started in 1978, with a shipment of 10,000 pieces of men’s shirts worth 13 million Franc to a French company by Reaz Garments Ltd.

In 2005, Bangladesh with an increased number of production units became one of the 12 largest apparel exporters in the world.

At present, the sector employs 3.5 million workers, 80 percent of whom are women.

The country’s 60 percent RMG products enter the EU, 23 percent goes to the USA, 4.8 percent to Canada and 12.1 percent to other destinations worldwide.

According to data of Export Promotion Bureau, the RMG sector‘s contribution to the country’s export was 3.9 percent in fiscal 1983-84, which now stands at nearly 80 percent.

The country’s banking and financial institutions, and insurance and services sectors are largely dependent on the RMG sector. 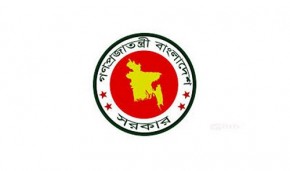