DHAKA, DEC 14:  The taka is flexing its muscle against the dollar, thanks to higher remittance and foreign aid flow, declining import and buying spree by the central bank. The local currency continued to gain against the greenback recently with its value came close to a level of one year ago. In the inter-bank forex market, , the taka’s weighted average rate against the dollar on December 13 was Tk 80.80, a drop of 0.64 per cent from Tk 81.32 on December 2, according to data from Bangladesh Bank. Last year in the same time, value of taka was 80-81 against the greenback. The rates were Tk 81.38 on November 30 and Tk 81.82 on June 30. In 2011, Bangladesh suffered its worst currency devaluation in history, when the taka devalued by around 15 per cent, and consequently, import cost and inflation went high. Mohammed Haider Ali Miah, managing director of the EXIM Bank, said higher remittance flow and foreign aid disbursement, rising exports and import fall has made taka stronger against dollar. “Dollar depreciation might encourage remitters to go for informal channels other than banks to send their money home. But the reduced value of the dollar will hold back the earnings of the exporters,” he said.Bout of buying spree is to encourage remitters by keeping the exchange rate of taka against the US dollar stable, officials said adding that the amount of foreign currency at banks goes up beyond their limit as the demand for import is low now.He also said a constant local currency exchange rate is imperative for keeping the inflow of remittances and export earnings intact.The central bank has bought $1.82 billion from the forex market from July 1 to December 11. In the first 11 days of December, the amount was $107 million.“But the central bank is restrained in purchasing dollars lest it can increase the supply of the local currency in the market and ultimately fuel inflation,” said a BB official.The dollar purchase is boosting the country’s foreign exchange reserve, which stood at $ 12 billion as of Thursday.According to BB statistics, imports fell by 6.75 per cent in the July-October period of the current fiscal year compared to the same period last year, when imports rose by 23.13 per cent.Officials at some commercial banks said the overall imports fell this year due to a decline in imports of food grain, capital machinery and petroleum.Banks are opening letters of credit cautiously after the Hall-Mark scam. Also, many banks are deferring their import payments to next year.Besides, the opening of LCs registered a negative growth in October of this fiscal year compared with that of the same month of FY 2011-12.In October of this fiscal year, LCs worth $2.58 billion were opened by the banks compared with LCs worth $2.75 billion opened in October of 2011.   In the last fiscal year, a huge amount of machinery was imported for the power plants, which dropped this year, a central bank official said.In the first five months of the current fiscal year, expatriates remitted $ 6115 million, up by 25 per cent from $ 1189 million recorded in the same period a year ago. Though export growth was slow, it increased by 3 per cent in the first four months. 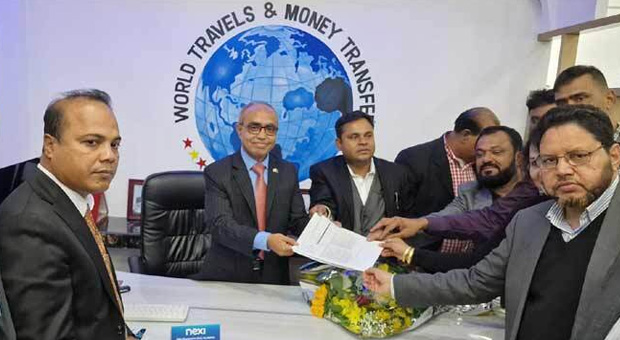