As a gesture of friendship, Bangladesh‘s long-time development partnet China has agreed to lend money for implementing a multi-million dollar project to bring the computers of the government offices under a single network. The US$ 133 million project titled ‘Development of National ICT-Infra Network for Bangladesh Government Phase-2′ will be implemented as part of the Bangladesh Awami League-led government’s Vision 2021: Digital Bangladesh programme. A ‘commercial’ contract has already been signed in this regard between Bangladesh Computer Council and China Machinery Engineering Corporation. Information and communication technology minister Mustafa Faruque Mohammad, who was present at the ceremony, said China would charge 2 per cent interest for the borrowing.

China has agreed to lend money to Bangladesh for implementing the project.

Mustafa Faruque also said the government borrowed from the South Korea to implement the phase-one of the project. The government expects the two phases to be complete by end of 2013. Phase-2 of the project had four major tasks — bringing the Secretariat under Wi-Fi coverage, ensuring security of the government computer network, increasing capacity of the data centre and a establishing a disaster recovery centre.

After completion of both the phases, the authorities expect video conference facilities to go up from 800 locations to all government offices up to Upazila Nirbahi Officer‘s level and to 300 training institutes. They also expect to distribute 25,000 tablet PCs to the public servants at the grassroots and give certificate training to at least 300 IT users. Chinese ambassador in Bangladesh, Li Jun, BCC senior system analyst Tarique M Barkatullah, Bangladesh Telecommunication Company Limited divisional engineer [planning] Zahirul Alam Chowdhury, and commercial counsellor at the Chinese Embassy in Dhaka Wang Zijian and China Machinery Engineering Corporation chief representative of Bangladesh Zhong Guangzhou, among others, were present at the program.

China has been a stable development of Bangladesh for decades. 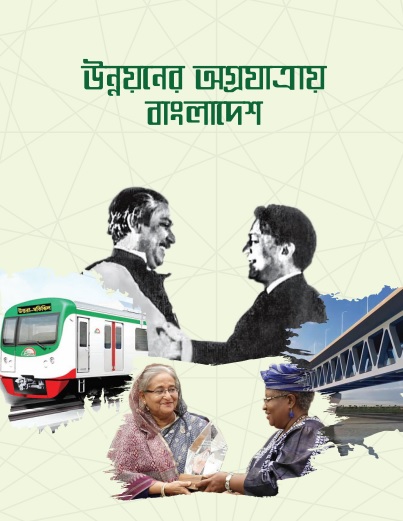