The international minnows are up to No.4 on the ICC Twenty20 rankings, after beating Ireland 3-0 on their tour of Europe.

England, South Africa and Sri Lanka hold the top three spots in the shortened format of the game.

The ranking belies their captain’s pre-tour assessment. “We are still not good in the new format of the game. Due to lack of international matches we are not even in the ICC Twenty20 international rankings, while even Afghanistan occupies a spot in the rankings,” Mushfiqur Rahim said.

“We have a chance to break into the (rankings) table if we can win matches on this tour,” Rahim added.

Ireland, who were in ninth position ahead of the series, dropped two places to eleventh, thus Afghanistan move into tenth.

The ICC rule says, only teams that have played at least eight T20 internationals in the period starting August 1 2009 to date will get a ranking. The qualifying period changes every August. 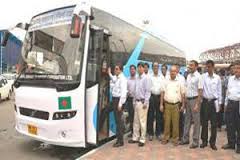