The International Civil Aviation Organisation (ICAO) has dropped Bangladesh from the list of countries with unsafe civil aviation systems nearly three years after the organisation blacklisted the country.

Besides, several European countries are expected to lift restrictions on Bangladeshi aircraft using most of their airports.

The move will also help the national carrier, Bangladesh Biman, resume flights on the Dhaka-New York route and get Bangladesh upgraded to category-1 from Category 2. In 2006, the US Federal Aviation Administration (FAA) demoted Bangladesh to category-2.

The latest ICAO decision follows the Civil Aviation Authority of Bangladesh’s (Caab) efforts to comply with the ICAO regulations on issuing operation licence to airlines, surveillance on air operators, airworthiness and maintaining proper documentation, increasing manpower and logistics of both Caab and other airline operators, said Caab officials.

“We have received a letter from ICAO. It was sent on July 19 saying Bangladesh had been dropped from the list of countries with significant safety concern,” said Wing Commander SM Nazmul Anam, Caab director of flight safety and regulation.

“We managed to satisfy ICAO with an all-out effort to comply with their instructions to ensure safety in flight operations,” said Anam.

Quoting from the ICAO letter, he said “The collective actions of Caab in addressing and resolving the safety threats were found satisfactory.”

Some European countries and Singapore restricted Caab-certified airlines from using most of their airports as Bangladesh was on the list of countries with significant safety concerns.

Those airlines could not increase flight frequency in the European countries for the last three years and had to use designated airports for aircraft landing and take-off. Moreover, GMG had been barred from using Singapore airport.

Bangladesh was included on the list in May 2009 when the country failed to come clean through an ICAO inspection.

Caab faced a tough inspection and a total of 304 protocol questions.

The audit team also monitored various aspects such as issuing operation licence to airlines, surveillance on air operators, airworthiness, documentation, manpower and logistics of both Caab and other air operators.

Imran Asif, chief executive officer of Regent Airways, said the decision would help bring in more business for local airlines, as they were likely to get permission to operate flights on new international routes.

“It’s very hard to run an airline with only domestic operations. Now we hope to get permission to fly international routes and a chance to benefit more from the investments on workforce and infrastructure.”

“This decision will also help boost the growth the aviation industry has achieved in recent years,” he said. 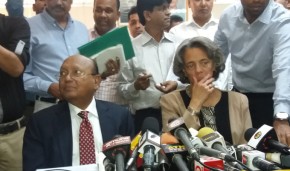 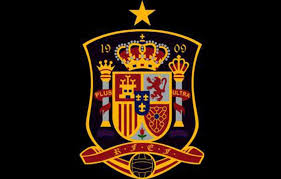 Most people satisfied with government