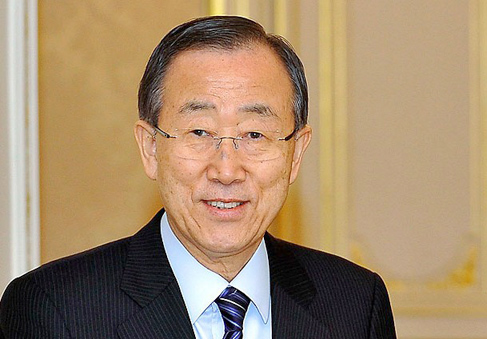 “In overall consideration, Bangladesh is marching towards development in women’s empowerment, women’s development, unemployment mitigation, employment generation and rural development,” the UN chief said adding that the recent appointment of Bangladeshi citizen Ameerah Haq as the Under-Secretary-General bore the testimony of another success of the South Asian country.

He made the remarks on Thursday while addressing a reception accorded to Ameerah Haq at the Permanent Mission of Bangladesh to the UN in New York, according to a message received here yesterday.

Hailing the marked success of Bangladeshi soldiers in UN Peacekeeping Missions across the world, the UN Secretary-General said the training programme of Rajendrapur Peace Building Institute impressed him during his visit to Bangladesh.

AK Abdul Momen, the permanent representative of Bangladesh to the UN, praised Ban for his important role in different fields including climate change, food security, education, women development and disarmament.

He also urged the UN to take steps for infrastructure development in the developing countries, including Bangladesh.

She mentioned the social safety network programme and national guarantee service scheme for employment taken by the Bangladesh government as well as its rapid response to any international activity.